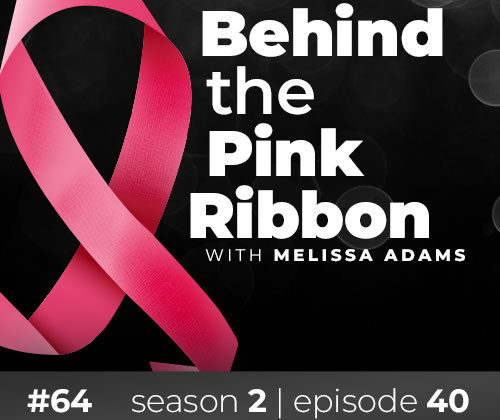 Teri Bode was 31 years old when she was diagnosed with stage 1 invasive ductal carcinoma in 2000. She felt a lump in her breast that was hard and mimicked a marble. Her mother, a breast cancer survivor, felt the lump and suggested that Teri have it checked. She had a mammogram and ultrasound but was told she could wait 6 months as nothing seemed to be of concern. This did not sit well with Teri and her mother. She scheduled an appointment with a breast surgeon and was soon having surgery. She had a unilateral, skin-sparing mastectomy on the right side with reconstruction using an implant. Teri was also prescribed Tamoxifen for 5 years. Teri was told that the mastectomy would cure the cancer and everything would be fine.

Teri was tested for the genetic mutation but came back negative. Her mother has never been tested. Teri’s sister, also a breast cancer survivor, also tested negative. Teri was told this was just some kind of freak accident. One she did not want to be a part of.

Teri never thought she it was possible to have breast cancer after the breast had been removed. However, two years later, she was feeling along her incision line and felt two hard bumps. Teri was diagnosed with a second breast cancer, this time lobular carcinoma in the same breast. There were cancer cells left behind in what little tissue she had left. The surgeon removed only parts of the lumps. Teri was prescribed 18 weeks of radiation therapy. During that time, Teri opted to keep her implants in place, which resulted in hardening of her implants. She was not prescribed chemotherapy once again but continued to take Tamoxifen. Once again, Teri thought she was good.

Teri had a bad back ache for several years that she thought was related to dancing. One morning, when she woke to get ready for her teaching job, she took one step and collapsed. She ended up in the hospital with a fractured spine and three broken ribs. She was hospitalized for two months. She fell into a coma and was continued in a medically induced coma due to having pneumonia at the time as well. While in a coma, they discovered that the cancer had metastasized to her spine, ribs, skull, legs, and collarbone. As a result of the spinal fracture, Teri had to learn to walk again. She never knew that breast cancer could metastasize to her bones; otherwise, she would have had her back ache checked out.

She shares that she had scans for three years following her second diagnosis of breast cancer. However, Teri thought she was clear and did not need to continue the scans, so she stopped. She wishes she had followed through on the scans because maybe the cancer would have been caught earlier but she never knew that early stage breast cancer could become stage 4 breast cancer. She now knows that whether someone is diagnosed with early or late stage breast cancer, it is important to stay on top of your health.

Teri’s current life is jumping from one chemotherapy to the next. The goal at this time is to buy time. A CT scan just 7 months ago showed that the cancer has now metastasized to Teri’s liver. It is frightening because the cancer cannot be surgically removed. She indicated that there are lots of specks of cancer on her liver. This resulted in changing to a different chemotherapy regimen. However, she experienced significant side effects and had to stop the medication. This was disappointing for Teri because it was showing progress. She met with a trial doctor but did not qualify for the trial. She is currently on a chemo pill but the trial doctors are still searching for another option.

Beyond the physical impacts of cancer, especially stage IV, there are mental impacts as well. Teri shared that she wakes up every day knowing that there is no cure. It is permanent and she cannot get away from it. It affects every single day and every minute of her life. She is thankful for her daughter and mother but acknowledges the impact that this has on them as well. The worry and the fear are every single day until there is a cure. Teri shared that have a stage IV diagnosis is a significant financial burden. While trying to stay alive, the bills continue to arrive. Some treatments are thousands of dollars a month, for life, which is unmanageable. Teri feels like the one positive is that other people can see that everyday life and stress isn’t so bad; it is temporary and will go away.

Teri shares that she has always been a positive and happy-go-lucky person. Dance and music are her life. While have a stage IV diagnosis of breast cancer is always playing on her mind, she still feels like she will beat this too. She has not lost her hope, sunshine, and happiness.

Teri expresses endless gratitude to her Arizona Cardinals Cheerleading family that have shown up to love and support her, sometimes even putting their own needs on hold to help Teri.

**Shortly after the recording of this podcast, Teri’s trial doctor suggested that she get her affairs in order and live out the next two weeks doing all that she wants. Teri has since pursued other avenues to continue her fight. There is a GoFundMe page set up for her. If you are interested in donating, please send an email to podcast@behindthepinkribbon.com