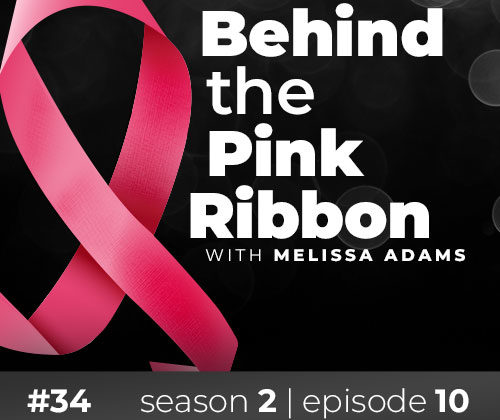 Sonya Negley, Executive Director of METAvivor, joined us on the podcast. She talked about the mission of METAvivor and the importance of supporting research for stage IV breast cancer. Sonya shared the different programs available through the organization, such as the peer to peer support group and Sea to Sea for MBC. She also talked about different fundraising events and how you can get involved.

METAvivor Executive Director, Sonya Negley, joined us on the podcast today. Sonya has been with the organization since 2016. Her sister, Debbie, was diagnosed with metastatic breast cancer in 2005. She did not find a lump in her breast. She was having gastrointestinal problems and through testing, they found that she had breast cancer that was in her liver. Sonya has always worked with non-profits. Debbie was searching for support and could not find anything. She asked Sonya if she could do anything. Debbie passed away in February 2010. Sonya wanted to do something to help other that also had metastatic breast cancer like her sister.

Sonya shared that METAvivor was founded in 2009 by 4 metastatic breast cancer (MBC) patients out of Indianapolis, Maryland: Avis Halberstadt, Rhonda Rhodes, Karen Presswood, and Dian “CJ” Corneliussen. CJ Corneliussen is the only surviving founder of METAvivor.

METAvivor initially began as a support group as they realized that the needs of those with metastatic breast cancer were different. As they began meeting other metastatic breast cancer survivors, they decided that they wanted to raise money to be earmarked for MBC; however, they could not find an organization that was willing to do that. In 2009, they formally founded METAvivor so that they could raise money and fund MBC research.

To this day, METAvivor is the only organization in the United States that solely funds MBC research through a peer-review board. Each year, METAvivor receives 200 grant proposals for research funding.

METAvivor has been an agent of change in shifting the conversation about MBC and bring more awareness. Thirty percent of those with early stage breast cancer go on to develop MBC at some point, one day later, one month later, even 30 years later. If the focus is on research for MBC, everyone benefits.

The survival rate for those with MBC is much lower but no one’s life should come with an expiration date. MBC is considered terminal and once diagnosed, patients are usually receiving treatment for life. There is a need for money to go toward research for life extending treatments. MBC patients are fierce and really do a great job of masking the daily struggles that they face.

METAvivor is a volunteer-led organization and most volunteers are MBC patients. The mission is to find critical research that will lead to advanced treatment options, quality of life, and survival of MBC. One hundred percent of the funds raised through METAvivor goes to research for MBC. This year, METAvivor will award 3 grants- Early Stage Investigators, Translational Grant, and the Founder’s Award. While METAvivor has been able to award grants, there is still need for more. Only 2-5% of money raised for breast cancer goes to MBC research. Millions of dollars are needed.

The average survival rate for MBC is only 18-24 months. Each day, 114 people die from MBC. Progression free survival is considered to be 2-5 years post MBC diagnosis. Overall survival is 5 years; however, someone could make it to 5 years and one and pass. Sometimes it is the disease that causes the individual to die but sometimes it is the impact of the treatments.

METAvivor does not do their own fundraising. All fundraising is done by patients or caregivers. Two patients in Arkansas created an event called METSquerade to raise money for METAvivor. In 2020, there will be 9 different events around the country. Every year in October, they receive requests for individuals, groups, and schools to do fundraisers.

Sonya noted that women are being diagnosed younger and younger with MBC. In those women, it tends to be more aggressive. As a result, more young children are being impacted by MBC. While education is not a part of the programming through METAvivor, they do encourage individuals to be aware of their bodies, take note of any changes, be able to articulate the changed to their doctors, and then take the necessary steps to figure out what is going on. There are 16 and 17 year old being diagnosed with MBC.

METAvivor has a program called Peer to Peer Support. Individuals can be linked up with a group in their geographical area. Trained peer leaders are located around the country; however, if there is not a group in a specific area, METAvivor will help individuals become trained to create a peer to peer support group. METAvivor has the Sea to Sea for MBC program. Volunteers drive an RV that is wrapped in MBC colors to raise awareness and distribute information related to MBC

METAvivor recently merged with #Cancerland founded by Champagne Joy in 2015. Champagne passed away in 2017. It was decided that the mission of #Cancerland could be continued through METAvivor.

To find more information on how to donate, volunteer, or create a fundraiser, please visit metavivor.org