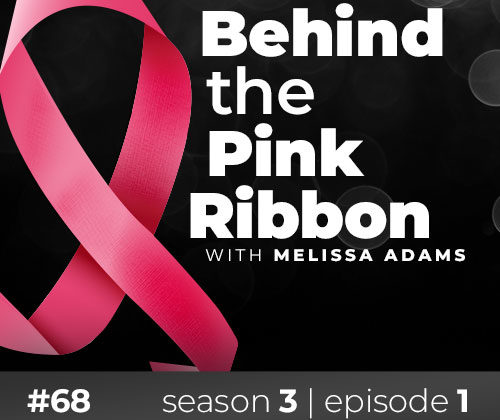 Sharon Henifin is a 26-year breast cancer survivor. She was diagnosed in 1993 at the age of 40. She shares her own breast cancer experience and how helping other women inspired her to co-found Breast Friends to support survivors and to teach family and friends how to support their loved ones. More recently, Sharon and a friend, Melissa, co-founded Breast Advocates International, which supports women in underserved countries in the hopes of reducing the mortality rate from breast cancer.

Sharon Henifin was diagnosed with breast cancer in 1993 at the age of 40. She had undergone several mammograms prior to her diagnosis and in fact, had a mammogram just 4 months before with no lump evident. Sharon felt a twinge of pain in her breast and then found a lump. After several days, she contacted her doctor and had an exam. She recalls the look in her doctor’s eyes as he told her that the lump was probably nothing. She felt like the words that were coming out of his mouth did not match the look on his face. Within a week, Sharon had a lumpectomy but did not have clear margins. She was scheduled the following week for a mastectomy. She feels this was a blessing because the tumor was very aggressive and fast-growing. She had expanders placed and then began chemotherapy that lasted for 6 months. Sharon then had reconstruction with implants.

In 1993, there weren’t nearly the resources available as there are now. The only people she knew that had breast cancer were much older than she was and many of them had passed away. It was pretty grim and scary, just as it is today. Sharon was off work for approximately 11 months during her treatments. One of the things that was not being talked about was chemo brain and the impact on survivors. Sharon recalled going back to work and have no idea what was wrong but felt like something was not right. She put her head down and tried to conceal her difficulties so that no one would notice.

Sharon’s doctor had called on her to mentor other women going through breast cancer. Through the experience, she realized that she had suppressed her own feeling but by talking to others and sharing her experience, she was able to grieve and process her own emotions. It was an important learning experience.

A few years later, Sharon’s friend and co-worker, Becky, was diagnosed with breast cancer. Sharon knew that it would be hard for Becky and that her family and friends would struggle to support her. Sharon worked to make Becky feel not so alone, as she had during her own experience. She did little things here and there just to help Becky remember that she was cared for and thought of.

Sharon and Becky had lunch following Becky’s treatments and after another scare of cancer. During that time, they came up with the idea of Breast Friends, which was founded in 2000. They realized that family and friends did not understand how to best support a woman going through cancer, which became a part of the mission. In addition, they focused on workshops and retreats for survivors. In 2006, Sharon and Becky left their full-time jobs to work for Breast Friends. While Sharon has technically retired from Breast Friends, she continues to be involved.

In February 2019, Sharon’s good friend, Melissa, shared the details of a passion project that she had been working on in underserved countries. Melissa had traveled to several countries and taught women how to do self-breast exams, taught doctors how to do clinical exams, and was helping women to navigate the healthcare system. In some of these countries, there is a 100% mortality rate because they do not have access to medical resources and there is no system in place for early detection. Melissa was funding all of this on her own but she wanted Sharon to join forces with her, and Sharon jumped right in! Together, they founded Breast Advocates International

The goal of Breast Advocates International is to go to a particular country three times. By the third year, they would train the trainers to make the program sustainable and then move on to other countries where they have been invited to do their work. They also want to train teams to shadow them so that the teams can continue the work as Sharon and Melissa move onto other countries. At this time, they have almost a dozen invitations from countries.

If a woman has a positive result from a biopsy, the only medical treatment is a mastectomy. There is no chemotherapy or radiation. There are many economic factors that play a role in the treatment of breast cancer. For example, in Malawi, a biopsy costs eight US dollars, which does not seem like a lot but is about a week and a half worth of work for those in Malawi. Transportation is also a huge barrier. It could be a 4-6 hour car ride from a village to a hospital and many people do not have a car. There are many cultural and financial barriers that have to be worked around. In some places, they still believe and practice witchcraft and feel that a spell has been placed on a person that has cancer. Breast Advocates International works to empower women in these communities. Most of the women being diagnosed with breast cancer are young and this is partially due to the American diet that is starting to infiltrate these countries.

To support the mission of Breast Advocates International, please donate at www.breastadvocates.org