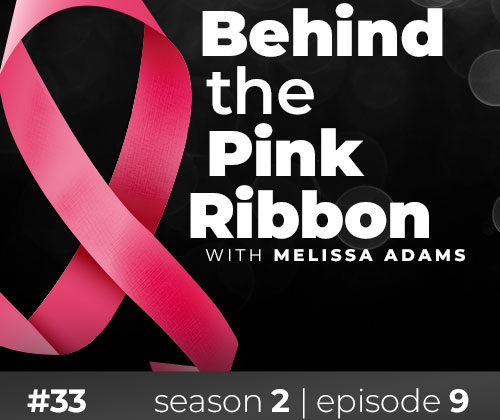 Sharon Hart, a 10-year breast cancer survivor and author from Middletown, Delaware joined us on the podcast to share her journey. Sharon talked about her diagnosis, treatments, and reconstructive complications, as well as dealing with a doctor that lacked bed side manners. She also shared the tools that she used to help her cope with cancer.

Sharon Hart, a 12-year breast cancer survivor and author of Becoming Part of the Ribbon: My Personal Journey from Middletown, Delaware, joined us on the podcast to share her story. Sharon was diagnosed in August 2007 at the age of 36 with breast cancer.

Sharon had a pain on her left breast. When she felt it, she noticed a lump. She went to her family doctor but was told that they did not have an opening to have her seen. She called her OB and was told that she could come over and they would try to squeeze her in. The Nurse Practitioner conducted a breast exam and also felt the lump but was not overly concerned and indicated that it was likely just a cyst.

That same day, Sharon had an ultrasound followed by a mammogram. She was told that the lump was suspicious for malignancy. She was able to undergo a core biopsy the same day. At her follow-up appointment, Sharon was told that she did have breast cancer and the doctor recommended a full mastectomy. She was told she would need to have an MRI, a consultation, and a multidisciplinary team meeting to discuss her case.

Sharon had sought out a second opinion with another plastic surgeon, who was the one that told her about all of her options including a double mastectomy. Sharon had decided to use this plastic surgeon instead of the one suggested by her breast surgeon.

Despite some uneasiness, Sharon used the breast surgeon to conduct her bilateral mastectomy followed by immediate reconstruction with expanders. Sharon experienced complications with her reconstruction; the incision was not closing, the sutures were not holding, and the incision site was leaking. Sharon had to have the expanders removed shortly after they were initially put in place. During her mastectomy, it was discovered that three of her lymph nodes were positive for cancer and it was recommended that she undergo chemotherapy and radiation. Following radiation, reconstruction was completed using implants and the dorsi-flap procedure.

Sharon shared that she used humor and journaling as a way to cope with cancer. She published her book based on her journaling titled Becoming Part of the Pink Ribbon: My Personal Journey.