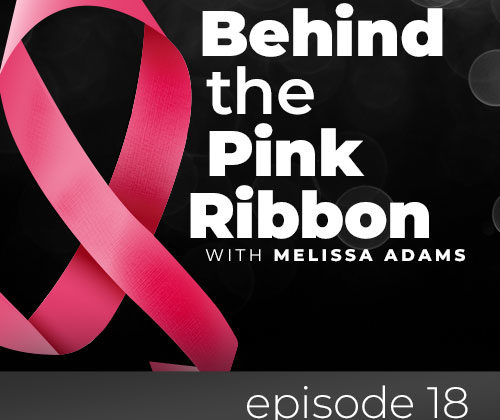 Shanna Geigle :
A Grain of Salt

Shanna Geigle joined us on the podcast today. She shared her story of finding a lump while soaping her armpit. While she didn’t necessarily think that it was breast cancer, she knew that it was a possibility. Shanna shares her experience of going through breast cancer, finding support through her husband, family, and friends, and creating new friendships during chemo. Shanna talks about how she uses her experience to help others in her career as a Nurse Practitioner.

Shanna Geigle joined us on the podcast today. She was 34 years old when she found a lump in her breast while soaping her armpit in the shower. As a Nurse Practitioner, Shanna indicated that she did not immediately think that the lump was breast cancer but knew that it was a possibility.

She made an appointment with her Primary Care Physician and was sent for a diagnostic mammogram. Shanna recalls that she knew during the mammogram and the ultrasound that it was breast cancer but was not 100% sure because she had not had a biopsy. She was scheduled for her biopsy a week later and three days after her biopsy, she was diagnosed with breast cancer.

The radiologist that had conducted the biopsy called Shanna to share that she had breast cancer but did not provide any additional information. Her PCP printed the pathology report and Shanna took it to her MD friends for review; all of whom confirmed that it was not good. Shanna learned through her pathology report that the tumor was a grade 3 of 3; aggressive. The tumor was 23% positive for estrogen but negative for both progesterone and HER2.

Shanna shared that she does not have a family history of breast cancer. She underwent genetic testing and came back negative for both the BRCA1 and 2 genes. Through this, she learned that very few breast cancers have anything to do with genetics. She tries to take the diagnosis with a grain of salt and does not dwell on what may have caused it. Shanna recognized that breast cancer happens all the time and there are many toxins that exist that could have caused it. She has always eaten organic food and uses essential oils.

Shanna shared that she, like many others, just wanted the cancer out of her body but her oncologist recommended that she undergo chemotherapy prior to surgery due to the kind of breast cancer she had. She underwent 16 rounds of chemotherapy and 6 months following her diagnosis, she opted for immediate reconstruction with silicone implants. Shanna did not have to do hormone therapy but her doctor shared that given her young age, she will be at higher risk of recurrence as she ages and hormone therapy will reduce that risk by 5%. Shanna has opted for hormone therapy to reduce her risk later in life.

She experienced some difficulty with hormone therapy due to joint pain and hot flashes but has recently switched and is doing much better. Shanna also receives Lupron shots as her doctor wanted to keep her in medical menopause following chemotherapy. Shanna did not have to undergo radiation therapy. She had a complete pathological response to chemotherapy. Shanna is monitored every 3 months by her medical oncologist. She had a bone scan prior to being placed on Lupron and will have one to follow.

Shanna shared that her husband was her primary sources of support. He went to every chemotherapy appointment with her and functioned like a single parent for more than a half a year. Shanna’s sister in-laws also came every few months to help her and her family. She also had a friend that helped her. Shanna’s friend has since tested positive for the BRCA2 mutation and will be undergoing a preventative mastectomy. Shanna will be there with her friend to support her during her surgery.

During chemotherapy, Shanna created a friendship with 3 other women also battling breast cancer. They had chemotherapy on the same day and would sit next to each other. They have become close friends through the process.

Shanna shared that her breast cancer journey has helped her in working with her own patients. She works to educate women that they do not have to have a family history to get breast cancer. Approximately 80% of the women that Shanna sees do not do self-breast exams. Shanna has become more sensitive to understanding why women do not want to go for a mammogram; she tries to get to the root of the problem. She has learned that is it often mistrust of medical professionals and a lack of education. Shanna hopes that she can help other women catch breast cancer at an earlier stage.

Shanna talked about a patient that had not had a mammogram in a long time. Shanna shared her story with her patient and encouraged her to go for a mammogram. The patient was found to have early stage breast cancer.