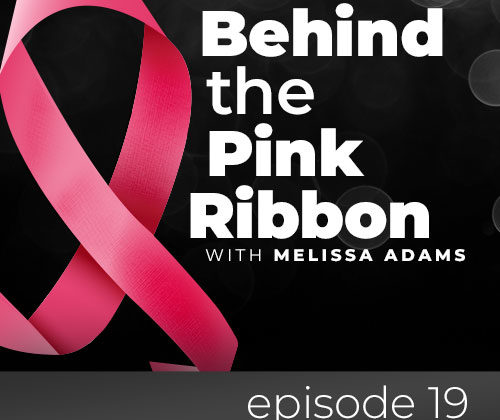 On this episode, I had the opportunity to talk with Nikki Speer, founder of Redefined Courage, a nonprofit organization providing post-mastectomy shirts to breast cancer survivors at no cost. Nikki shared her family history of breast cancer including her mother’s story of battling breast cancer three times, which was the inspiration behind the organization. Nikki hopes that each woman receiving a box knows that they are cared for, loved, thought about, and never alone.

Nikki shared that her family has a long history of breast cancer, going back approximately 20 years. Her grandmother, two aunts, and her mother all battled breast cancer. It is unclear if there is a direct genetic mutation. Nikki’s sister was tested and was found to be negative for a possible genetic mutation. Nikki opted for a preventive bilateral mastectomy in June 2010.

During her mother’s third diagnosis of breast cancer, Nikki visited her in New York in October 2015. Nikki recalled that her mother wanted to go shopping. She was not feeling good in her body and just wanted to find something to make her feel beautiful. Nikki’s mom was disappointed that there was nothing for her to wear. Nikki made a promise to her mother that she would design clothing for her to wear, despite not having any formal training.

A spark went off and Nikki realized that this was what she was meant to do; she got to work. She began googling information and asking questions. Fast forward a few years laters and Nikki had created a post-mastectomy shirt and a chemotherapy shawl. Initially, she was trying to sell them but her heart was burdened by the women that she was serving and began giving them away fro free.

Nikki recognized that breast cancer brings a lot of grief and it also causes struggles with physical image. She wants to make sure that anytime a woman opened a package from Redefined Courage, that the woman knows how beautiful she is. She wants to provide courage to woman going through breast cancer.

Nikki and her family sat around the dinner table talking about this dream that Nikki had. They tossed around several names and finally landed on Redefined Courage. Nikki explained that she thought back to her mom, who redefined courage for Nikki personally. It means having courage despite of. This is exactly what her mom was for her, for her children, and her father. Nikki’s mom did not sit and wallow in what her life was. Having breast cancer never stopped her mom; she wanted to make the best of a yucky situation. Nikki wanted to be that same encouragement and hope for others.

Nikki designed seven pieces of clothings, including the post-mastectomy shirt and the chemo shawl but after some discussion, the organization decided to focus on one purpose and one mission right now. The focus is on the post-mastectomy shirt- HOPE. When the organization has more funding and the means, Nikki hopes to be able to bring back the chemo shawl and the other pieces she has designed.

The HOPE shirt is available for any survivor that goes onto the Redefined Courage website and fills our a request for a free shirt.

Nikki shared that she has amazing companies that have now partnered with her to fill the box- Norwex, Thrive Cosmetics, and Choice Organic Tea. She has dreamt for it to be a box of hope and that is what it has become. She hopes to eventually include a gift card as well. Nikki wants women to know that they are so loved, cared for, thought about, and never alone. There is a Breast Cancer Warrior group on Facebook of approximately 100 woman that have formed a community around this shirt.

Donations can also be made on the website. It costs approximately $60 for one shirt from start to finish, which is the suggested donation but every dollar matters. Donations can also be accepted through Facebook and Instagram. Redefined Courage had their first gala in September 2019, which Nikki hopes will become an annual event.