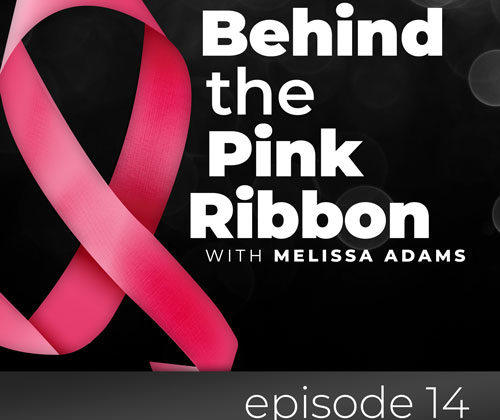 Nikki Nims, my friend, and fellow SCAR Project model joined us on the podcast today. She shares her story of being 33-weeks pregnant with a surrogate baby when she found her lump while showering. She talked about the diagnostic screenings, getting the diagnosis while at a routine visit with her OB, going into survival mode, and her course of treatment. Nikki discusses her regrets with not being more particular with the plastic surgeon and looking at all of the reconstructive options. She shares the struggles with friends, family, and strangers that make judgments and comments that are insulting. Nikki shared her experience as a model for the ScarProject and also talks about the bond that she has with the surrogate baby that she says saved her life.

Nikki Nims, a 10-year breast cancer survivor, joined us on the podcast today to share her journey with breast cancer. She was diagnosed at the age of 32 with Stage 2B invasive ductal carcinoma. She found her lump in the shower by accident. At the time, Nikki was 33 weeks pregnant. She was washing the area where her breasts hit her belly. When she moved from the left side to the right side, she would feel a grape size lump that she knew was not there the day before. She said she always thought “yeah, right” when someone would say that the lump just appeared. Nikki found her lump on Saturday and had a routine appointment scheduled with her obstetrician on Monday and planned to bring it up then.

Nikki did not immediately think it was cancer. She thought it was a blocked duct. When she saw the nurse practitioner at her OB appointment, the nurse conducted a breast exam and indicated that it was not a blocked duct but thought it might have been a fluid-filled cyst. She was sent for a diagnostic ultrasound. If the cyst was fluid-filled, she would be able to have the fluid removed at that time. During the ultrasound, Nikki recalls that the technician told her not to put her clothes back on because she wanted to run the scans back to the radiologist and she may need to get a few more picture. At that moment, Nikki realized it was probably something else. The following evening, Nikki’s doctor called to tell her that the mass was solid and that she would need to undergo a biopsy. However, she would not be able to get in to see a breast surgeon in her area to have the biopsy completed for 2 weeks. Her OB in Annapolis was able to arrange for Nikki to see a breast surgeon within a day or so. Being 33 weeks pregnant meant there was more urgency to figure out what the mass was.

Nikki had the diagnostic testing completed over a two week span. She was at her OB appointment for a routine two week follow-up and had not heard anything about the test results from the biopsy. Her OB made a call to the breast surgeon and delivered the news to Nikki that it was in fact cancer. Nikki was at that appointment by herself. At the time, she simply went into survival mode but looking back on it, she is angered that she was told in the office without anyone there with her. Nikki remembers looking at her OB and asking what needed to be done because she had a baby to give birth to and 2 of her own children at home to take care of.

Nikki was thankful to be so far along in the pregnancy. She had already carried a child for this couple so she had a good relationship with them. They didn’t understand the potential repercussions for the baby and the baby’s health.

Nikki spoke with the breast surgeon and they allowed her to stay pregnant for another 2 weeks. She had a scheduled induction at 37 weeks. The plan from her surgeon was for Nikki to have a cesarean section followed by a lumpectomy at the same time. Nikki put her foot down and said no. Having gotten pregnant by in vitro fertilization, she saw the baby go in and wanted to see the baby come out; she is glad she did. Nikki delivered a healthy baby girl on June 1st and was scheduled for her lumpectomy on June 4th. Following the lumpectomy, the breast surgeon called to tell Nikki that they did not get clean margins. The doctor recommended a single radical mastectomy or a double mastectomy. Nikki opted to remove both breasts.

Given that the cancer was grade 3 meant that it was aggressive and fast-growing. Her treatment plan included chemotherapy, radiation, and delayed reconstruction. With delayed reconstruction, tissue expanders are not put in at the time of the mastectomy. Nikki dubbed her self as flat and fat because she was flat on top and had just delivered the baby so she had extra belly fat. Nikki indicated that making light of it and keeping a positive attitude helped her through her journey. She never gave her mind another option to think about it.

Nikki underwent six rounds of chemotherapy. She had Taxotere, Adriamycin and Cyclophosphamide (TAC). She went in every three weeks. Her doctor told her that how a woman responds to being pregnant is a good indicator of how well she will respond to the TAC chemotherapy cocktail. With all of her pregnancies, she did not experience any morning sickness or side effects so she did not have many of the same side effects that other women have had. At the time of chemotherapy, the doctor gave her a script to have a port installed but she refused because she had already undergone so many other surgeries. Radiation followed chemotherapy for 6 weeks. She had to wait approximately 6 months to have the reconstruction, which was about a year from her double mastectomy.

Nikki has a lot of scar tissue built up on the right side from the radiation and was told that many times, it will loosen up over time and with gravity, the reconstructed breast might fall and appear more natural. It is 9 years post-surgery and the reconstruction is still tight and high while her left breast sits in a more natural position. Nikki wishes that she had been more picky with a plastic surgeon and the different reconstructive options. She feels that she jumped into it too fast. She had a diep-abdominal procedure conducted, which is where they take the extra tissue from the abdominal area to rebuild the breast. Nikki indicated that it looks like she had a bad tummy tuck. She used to be self-conscious about it when she was at the beach but no longer cares. She struggled because people do not assume that her scars were from breast cancer because people do not associate younger women with having breast cancer. Nikki shared that she had family members who were supportive but they did not realize how insulting it was when they would say, “when do you go pick out your new boobs”. At this point in her journey, Nikki has embraced her scars and realizes that her scars tell a story.

Nikki found out about David Jay and The SCAR Project through an online support group. She knew that he was looking for young survivors but wanted women under the age of 30. Being that she was 32 at the time, she sent him an email to see if he would be interested in photographing her. She heard his story about how this project came to life. Nikki and her best friend, along with 2 online surrogacy friends, went to NYC for the photoshoot. Nikki had the photoshoot at David Jay’s studio and got to see all of the proofs right there. Later, she found out that she was featured in the book published by David Jay. When he had his gallery opening in NYC, Nikki’s photo was enlarged to a life-size photo and on display. She took her children to the gallery opening. Nikki describes herself as being an open book. She wishes that people would not assume things of her. She is willing to tell anyone anything about her life if they ask and are interested in hearing it. Being a model for The SCAR Project gave her a sense of empowerment. It was a way for her to show people that cancer does not discriminate against age, race, or even gender. He gave her the tool to present her story without being weird and without having to say, “I am a survivor, do you want to hear about that?” She

It has been 10 years since Nikki’s diagnosis and the birth of the surrogate child she was carrying at the time. Nikki calls that child her “angel surrogate baby”. Nikki feels that had she not been pregnant at the time with the estrogen running through her body to fuel the tumor to grow, the tumor may have been lost in the fatty tissue of her breasts. She feels that being pregnant brought out the cancer. That baby saved Nikki’s life. Nikki and the baby’s parents talk about how Nikki and the baby gave each other life- Nikki brought the baby to life and the baby saved Nikki’s life.