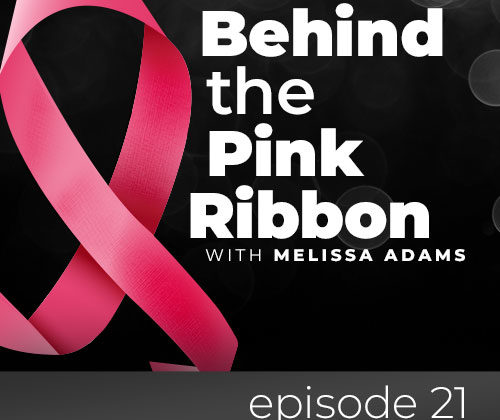 Monique Colwell :
Are You Sure You are Talking about Me?

Monique Colwell, a 2 year breast cancer survivor, joined us on the podcast today. She talked about having a firmness in her breast that she thought was odd but was dismissed by her doctor because of her age, her body structure, and a lack of family history for breast cancer. Monique pushed to have diagnostic testing and was told that she had stage 0 cancer. After seeking out a second opinion, she learned that she had stage 3 breast cancer. Monique shares her journey and where she found support.

Monique Colwell joined us on the podcast today to share her breast cancer journey. She was diagnosed with stage 3 invasive ductal carcinoma at the age of 43 years. She was married and had a 6 year old daughter at the time. Monique had recently moved to Pullman, Washington with her family only 8 months before her diagnosis.

At this point in time, Monique had not yet had a mammogram. The doctor had told her that she could wait until she was 50 to have her first mammogram but Monique did not want to wait. The doctor said that she might be able to get one done at the age of 45 and Monique expressed her concern that she wanted to know what the firmness was in her left breast.

Her doctor then indicated that she could have a mammogram in order to have a baseline. When Monique had the mammogram, they found a mass. However, what they found was smaller than a grain of salt and was at the bottom of her breast’s which was not in the same area as the firmness. She was again told that the firmness was likely fibrous tissue. From the results of the mammogram, it was recommended that she undergo a biopsy; however, they wanted to schedule her for 4 months later due to staff vacations. Monique pushed to have the biopsy and was scheduled to go in 2 days later.

Two days after her biopsy, Monique received a call that the small “grain of salt” was cancer. The diagnosis was stage 0. She was told that she had nothing to worry about, that she was lucky, and that she would not have to undergo chemotherapy or radiation. Monique was advised to see a plastic surgeon to have the area plucked out from her breast and she could go on with her life.

Monique indicated that there was no oncology in Pullman, WA. When told that she could have it removed by the plastic surgeon and she was be sent a reminder to have her mammogram the next year, Monique that it was weird and wanted to seek out a second opinion with an oncologist. The closest oncology services were in Spokane, WA, which is an hour and a half away from where Monique lives. She called to schedule an appointment and had to wait 2 weeks in order to have her records sent over to the oncologist’s office.

Monique went to the appointment with her husband and when she was called back by the nurse, the nurse gave her a big hug and said that she was so sorry. Monique thought that was weird considering that the diagnosis was stage 0. The oncologist began talking to Monique about the huge mass that infiltrated her lymph nodes, the need for chemotherapy and radiation, and that she was unclear of staging at that time. Monique stopped the oncologist and asked her who she was talking about; Monique did not have a huge mass according to the radiologist. Monique was told that had the radiologist done an ultrasound, the would have found the mass.

Monique said that changed her whole life. She was angry. She could not understand how they missed it. She realized that this was new territory for her and that she was going to have figure things out. She was processing the information but knew that she had to keep moving. Monique shared that her husband was in more shock than she was; he was in disbelief.

Two days after her appointment with the oncologist, Monique underwent a series of scans and tests. Three weeks later, she was undergoing her first chemotherapy treatment. Monique shared that her doctor had given her a choice of undergoing surgery first followed by chemotherapy or doing chemotherapy first to try to shrink the tumor and then have surgery. Monique opted for that latter in hopes of shrinking the tumor, which was a 5 cm mass.

Monique underwent chemotherapy for a year and a half. During the initial rounds of chemotherapy, the took 5 different samples to determine if she was HER2 positive but every sample came back unequivocal, indicating that she was neither negative nor positive. Since she would have the tumor removed through surgery, it was decided to wait to conduct further testing on the tumor. After her surgery, they grew the tumor in the lab and retested, showing that she was just barely HER2 positive but this meant that she would have to do Herceptin.

Monique underwent a bilateral mastectomy with immediate reconstruction and had expanders put in. She shared that prior to this, she had never undergone a surgery before and had never had anesthesia. She remembers waking up from the surgery and feeling great. Following her mastectomy, Monique underwent 25 hours of radiation and also had to continue with chemotherapy due to the HER2 positive.

A researcher was involved in Monique’s case and it was discovered that she was off the charts for estrogen. Six months after her mastectomy, Monique underwent a full hysterectomy and oophorectomy. She is currently prescribed an Aromatase Inhibitor.

At this time, Monique undergoes follow-up every 3 months. She has had a nuclear scan and CT scan, which have been clear.

Monique shared that her husband, daughter, sister, mother, and in-laws were her support system. Even though she was new to her community and work place, they rallied around her and provided support. They made sure that her husband and daughter had meals when Monique was staying in Spokane, WA during her radiation treatments. Monique also shared that a hospital in Idaho- reached out to Monique to offer her support and provided gas money for her to get to her treatments in Spokane.

The only support group available for Monique was in Spokane, WA so she has never accessed that as a resource. However, a satellite oncology office has opened up 8 miles away from her home and may attend the support group there if they have one.

Monique shared that going through breast cancer sucks at the time, but you keep putting one foot forward. She keeps going forward. She talks about keeping her eye on the prize; getting through the worst of it- surgeries, treatments, etc., reaching a milestone, and still being here.