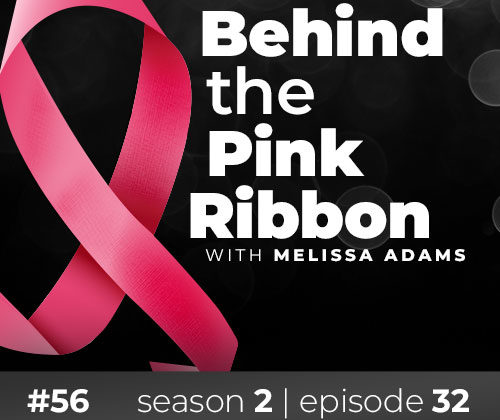 Meri Gibson is our guest on this episode. She is the president of the IBCPC, the governing body for breast cancer paddlers around the globe. Meri shared her story of being a three-time cancer survivor- cervical, ovarian, and breast cancer. Meri talked about her treatments, distancing herself from the cancer community, and finding dragon boating in an expected way. She shares how she became involved in the organization of the sport in New Zealand and becoming a part of the IBCPC.

Meri shares that she was very pragmatic around the diagnoses of and treatments for cervical and ovarian cancer but was hit hard by the diagnosis of breast cancer because she had a young son. Meri had a long history of endometriosis and was closely monitored. The diagnosis of cervical cancer came as a shock. All of her treatments happened so fast that she didn’t have time to think about anything and did not dwell on anything. In addition, she was working, had just met her husband, and then got married within a short time. The endometriosis continued and she was told that the best treatment for endometriosis was to have a child. She had her son in 1991 but this did not resolve the endometriosis. She continued to experience pain during her menstrual cycle and between cycles. She again related to pain to the endometriosis.

During one of her screenings, the doctor found a tumor on one of her ovaries. She removed that ovary and had spared the other to allow Meri the option of having another child. However, a tumor was found on the other ovary and the remaining ovary was subsequently removed. Meri was immediately pushed into medical menopause but again, she did not dwell on the ovarian cancer.

In 1999, Meri had a cold that she could not seem to shake. She was pretty healthy and active so it was not like her to not recover from what seemed to be a simple cold. However, it had progressed and Meri went to see her General Practitioner. Meri noted that she was experiencing some soreness under her armpit. Meri’s doctor recommended a mammogram, which Meri thought was crazy but in hindsight, she feels that her doctor probably saved her life. Meri was told that she had a tumor the size of a golf ball and was sent for biopsy, which confirmed the presence of breast cancer. She was told that this cancer was not related to the cervical or ovarian cancers but she wonders if it might be related.

Again, things started to happen very fast and Meri was sent to a specialist. It was recommended that Meri return the following week for a full and radical mastectomy. Meri had reservations and really put on the brakes. For Meri, it was so important to stop and process the information. She asked what her window of time was to undergo the mastectomy and was told that if she didn’t have it within the next 3 months, she would be in real trouble. If she underwent the radical mastectomy, she would not have to do chemo and this was a sort of negotiation for her. She scheduled her surgery for February 14, 2020 because she would always remember that date and the surgery would be happening over her heart. Meri had the full radical mastectomy with immediate reconstruction. She found herself in a positive space and was able to move back to life quickly.

Many years later, Meri’s son shared with her that he was angry with her and her husband when she was diagnosed but they did not really tell him anything, only that she had cancer. He desperately needed to see his mom well and he turned to the internet for information. All these years later, Meri feels guilty that she did not realize that not only was she in shock but so was her family and that everyone processes this in a different way.

Following her treatments, the last thing Meri wanted was to associate with anyone with cancer of any kind. She recalls that people from the Cancer Society showed up at her house and she did not want them there. She had nothing to do with anyone or anything related to cancer for five years. In 2006, a friend contacted Meri to share that her sister had been diagnosed with cancer and wanted to know if Meri would mentor her; Meri agreed. The friend’s sister had mention dragon boating and Meri dismissed it though she had recalled seeing it before. Meri thought what a dumb thing for her to be doing. Unfortunately, her friend’s sister passed away. At the funeral, she saw a group of women in pink boas that were from the dragon boat team. Meri expressed interested and decided to try it out for a season. During that time, the team went to Nationals and won a gold medal. Meri found that she enjoyed being a part of a competitive sport and also being respected for doing so.

When Meri joined the team, dragon boating was very much a corporate sport and was just progressing into a true sport in New Zealand. In 2007, those who had been organizing the sport decided to retire. Though Meri was not interested in being involved at that level, she offered guidance on structure, organization, and governance. Finally, Meri attended a planning meeting only to provide support but became the president of the new established dragon boat association. She was one of the inaugural founders and the founding president. She became very involved from the sport side of things at a regional, national, and international level. After 10 years, Meri stepped down from this leadership role.

In 2013, Meri was approached by the IBCPC to become a board member. She was completely dumbfounded but accepted and was elected Vice President the following year. In 2018, in Italy, Meri was elected as president of the IBCPC. The IBCPC is the governing body for BCS paddlers around the globe. In association with the International Dragon Boat Federation, it provides member teams authenticity to compete at International and World events. In 2014, only 3 or 4 BCS teams competed at the Club Crew World Championships. In 2020, 22 teams were slated to go. The IBCPC has defined what a breast cancer paddler is and that is not entwined in the rules for the IDBF. The mission of IBCPC is to facilitate and help promote the establishment of teams around the globe in a participatory fashion.

Participation is truly what the sport is about. Everyone with a diagnosis of breast cancer has a right to paddle. The mantra of IBCPC is that exercise is medicine. There is so much camaraderie that develops out of this and we are all so much better together. Every festival has been different and has opened so many adventures for people. For many of the women and men that attend the festivals, it could be their last so it is very important to embrace everyone. Meri chaired the bid for the next festival to take place in New Zealand, which is a bucket list for many people.