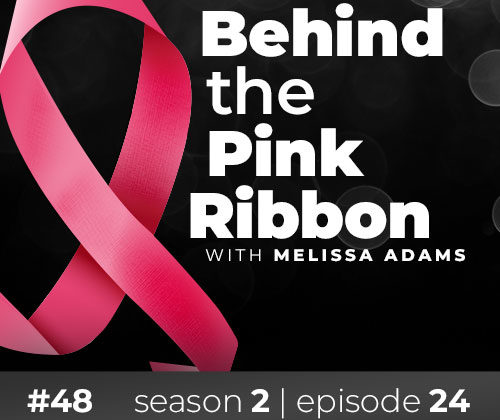 Melissa Eppard joined us on the podcast to share her breast cancer story. She was diagnosed with triple-negative, stage 1, grade 3 invasive ductal carcinoma in 2014. She talks about the difficulties with losing her insurance right before finding her lump and having to wait to be seen for diagnostic testing. Melissa also shares her experience through chemotherapy and the complications she had from the reconstruction. She also talks about finding the flat community and making the decision to explant.

In 2014, Melissa Eppard was diagnosed with triple-negative, stage 1, grade 3 invasive ductal carcinoma. Melissa was working at a wellness center in Woodstock, NY and her employer had just dropped the company insurance three weeks prior to her diagnosis. In November 2013, Melissa’s son had crawled across her chest and kicked her in the breast. She could feel the lump in her breast where he had kicked her and it was quite painful. Melissa thought it was related to the dental work she had recently had or maybe a swollen lymph node. Melissa thought she was doing all of the things right so it could not be cancer.

Melissa applied for insurance through the Affordable Care Act when it opened to the public. While she felt like she had some level of denial initially, she had to wait to be approved for insurance and had to establish care with new doctors. From November through May, Melissa was left wondering what was going on inside of her body. She felt like she was the poster child for the Affordable Care Act and spoke positively about it when she could. She hopes that those diagnosed with pre-existing conditions continue to be covered in the future and have access to medical care.

Affordable Care Act had just opened to the public. From November to May was left wondering what was going on in her body. Felt like she was the poster child of Affordable Care Act. Not just for people mooching off the system. Hoping that those of us with pre-existing conditions are continued to be protected and have access to medical care.

In Spring 2014, Melissa met with a breast surgeon, had diagnostic testing, and had a biopsy. The tumor was very palpable and sat behind the nipple. Melissa was referred for genetic testing due to family history. Her grandmother had passed away from breast cancer before Melissa was born. Results showed that Melissa carries the BRCA1 genetic mutation. Her mother and sister have since been tested. Her sister does not carry the mutation but her mother does and was able to have a prophylactic mastectomy.

Despite the family history, Melissa was not undergoing early screenings. She recalls that at the age of the 30, she asked when she should start having mammograms and she was told that she was too young. Even when she initially went it after finding the lump, she was told she was too young and there was no concern with her family history. Melissa felt as though the doctor was trying to assure her or maybe even make herself feel better, which Melissa feels is a disservice because often times, there is a diagnosis of breast cancer. Adding to that is the fact that women often minimize symptoms.

Melissa recalls receiving a phone call from the breast surgeon while was was driving and approximately 45 minutes away from her family to tell Melissa that she in fact had cancer. It was a hard drive home for Melissa. She sought out a 2nd opinion because she could not work with someone that had called to share that news over the phone. Melissa wanted to keep her nipples but it was recommended that she have a bilateral mastectomy to include removal of her nipples. She sought out another opinion and was given the same recommendation.

Melissa consulted with two different plastic surgeons and was recommended to go direct to implant following her mastectomy. She was not a candidate for the diep-flap procedure and she was not seeing other women who were going flat at that time. It was not an option presented to her.

Melissa opted for the bilateral mastectomy with immediate reconstruction with implants. Two weeks after her mastectomy, she underwent IVF treatment to try to preserve her eggs. She underwent 16 rounds of chemotherapy, which took 6 months. She had been resistant to chemotherapy; she viewed it as a chemical tsunami. After her first treatment, she could feel the chemotherapy running through her veins and into her organs. She lost her hair, eyebrows, and eyelashes. She kept losing parts of her femininity.

Melissa had decided that she was going to leave her job and become a life coach after attending a conference. Three weeks later, she was diagnosed. She had to put everything on hold. She is also a writer and used her writing as a part of her recovery. She found that it was a way to stay connected and share her story. If helped her to have a feeling of purpose in a world that can be very lonely. Through her writing and now her coaching, Melissa wants to encourage clarity and resilience for all people in times of stress and transition.

More recently, Melissa feels very connected to the flat community. She experienced complications with her implants. She went back to her plastic surgeon who ordered an MRI. Melissa had capsular contracture and it was squeezing so tight on her implant that it probably would have ruptured eventually. Melissa found a community on Facebook and began looking at different symptoms reported by others that was also true for her. She started asking questions about what it would be like to go flat.

As Melissa was exploring possible explanting, she felt very abused by her plastic surgeon. He would pinch and pull her skin, which was already causing her great discomfort. She wanted to know if he could explant and conduct a flat closure. She recalls the doctor looking at Melissa’s full chest tattoo and then looking at Melissa’s husband asking what he was to do with that. He then asked, “how would you feel if someone had ripped up one of your songs?” The solution offered by her plastic surgeon was to simply use her left arm. Melissa suggested going to a different plastic surgeon for explanting. She shared that she feels much better now that she has had her implants removed.

Melissa hopes that others will not settle, that they will not accept something if it does not feel right. She also suggests that if someone is being disrespectful, don’t go back to that person. Melissa suggest that anyone considering implants and having them placed under the pectoral muscles should reconsider. She wish she had left her pectoral muscles alone because she struggles to do certain activities that she previously found joy in doing.

Melissa strongly believes that flat should be on the menu for reconstructive options and is grateful for the advocacy taking place to make this happen.