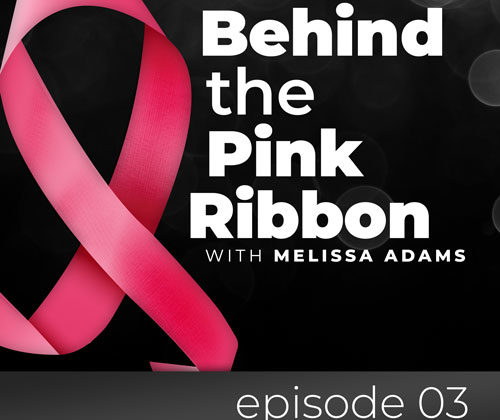 Maria Balestrieri :
Should I Have Done More?

"My radiation team really was a big part of my support team."

Maria was diagnosed in May 2008 at the age of 40 years old with breast cancer. At the time of her initial diagnosis, she was stage 1 but due to sentinel lymph node involvement, was stage 2A. She was found to be ER/PR positive and HER2 negative.

Maria began getting mammograms at the age of 35 due to her mother’s history of cancer. Despite significant history of cancer is present on both her material and paternal sides of her family, genetic testing was inconclusive. She previously had a lumpectomy to remove 2 non-cancerous lumps. Maria had a mammogram in September and got a notice that she would need to return the following year for another mammogram, per usual. Maria found a lump but had assured herself that it was fine considering that her most recent mammogram was clean. She ignored it for four months and gave herself a week between student teaching and returning to work full-time to have it evaluated.

Maria underwent a diagnostic mammogram and ultrasound and then referred for a biopsy. She recalls that during the biopsy, the radiologist wanted to look at the tissue under a microscope and she felt that was not a good sign. Her mother’s oncologist got the results of the biopsy and confirmed her diagnosis of breast cancer.

Maria had a lumpectomy to remove the breast cancer. She shared that it is very typical to have multiple surgeries when having a lumpectomy. She had 2 surgeries in less than a month because she did not have clean margins and also to have an axillary node dissection with removal of 9 lymph nodes. Maria’s doctor recommended chemotherapy. Through her own research, Maria learned about the OncoType Dx test that helps to determine the chance for recurrence and the need for chemotherapy. She had requested that she have that test completed, which showed that she had a 7% chance of recurrence of breast cancer. Based on the results, her doctor suggested radiation and Tamoxifen. He did not recommend chemotherapy at that time because he thought that if she had a recurrence, the option for chemo would still be available. Maria shares that in hindsight, she wishes she had receive chemotherapy as a course of treatment because she feels that maybe she wouldn’t have been at risk.

Maria shares that she had concerns with Tamoxifen immediately and while she did not want to take Tamoxifen, she felt as though she needed to do something. One of the potential side effects from Tamoxifen is endometrial cancer. While her doctor assured her that she likely would not experience any side effects, Maria was diagnosed with endometrial cancer 18 months after beginning her treatment for breast cancer. She was repeatedly blown off by her gynecologist and had many ultrasounds and biopsies that showed no concerns. In order to appease her, the gynecologist sent her for a D&C. Someone that she did not know called her at work and told her that she needed to meet with a gynecological oncologist. Maria talks about this doctor’s tone of voice and lack of empathy during that call. In January 2011, Maria had to undergo surgery to remove her uterus, ovaries, and Fallopian tubes. It was a very intense surgery and recovery took 6 weeks.

Maria found support through her faith community, family, and friends. She believes that whatever God brings you too, he will bring you through. She connected with her mother over cancer. It became an experience that they could grow through and bonded over. Her neighbors were also a great source of support for her.

She suggests that we all live each moment as though nothing is promised. She started to do all the things on her bucket list- skydiving and a hot air ballon ride. She feels that this experience has taught her to not just live life, but to fully participate in life.

Maria found a love for herself and body through dragon boating. She had lived most of her life struggling with self-image but remembers that the moment she got into the boat, she realized all that her body has done for her.