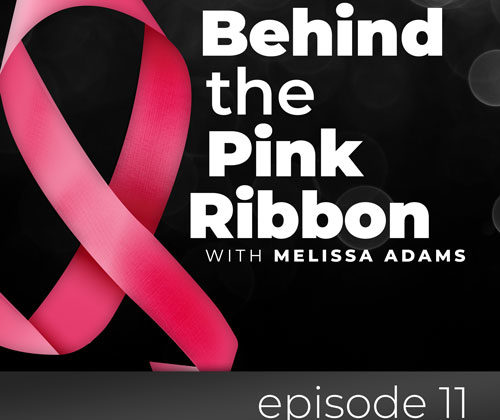 Lynn Wegryznek, a 22-year breast cancer survivor, joined us on the podcast today to share her journey with breast cancer. She was diagnosed at the age of 44 years with Stage 1 breast cancer. She went in for a regular mammogram after a trip to Vegas was canceled and within a week and a half, she was diagnosed with cancer. Lynn underwent a lumpectomy, chemotherapy, radiation, and 5 years of Tamoxifen. She shared her experience and side effects from the different treatments. Lynn found support from family, friends, coworkers, and a dragon boat team, Pink Steel. The hardest and most valuable lesson she learned was how to let others help her.  Thanks for sharing your story, Lynn!

"He made me a meatloaf to comfort me."

Lynn was diagnosed with breast cancer 22 years ago at the age of 44 years old. She had a trip planned for a weekend away in Vegas. The trip was cancelled so she thought it was a good time to get her regular mammogram, which took place on a Monday. On Wednesday of that same week, she received a phone call that something was found on the mammogram. That Friday, she was seen for a diagnostic mammogram and a biopsy. The following Wednesday, she received the phone call from her doctor telling her that she had stage 1 breast cancer. She was a patient’s home when she received the phone call and diagnosis; her patient held her hand.

She did not have a lump. It was not round and hard, or any other shape that many people report. It was flat. It looked like an octopus; it has a central body with what looked like arms. She wold not have been able to feel this lump. She knew it was cancer and immediately knew that she just wanted it out of her body.

At the time of her diagnosis, genetic testing was not being offered. She is unsure if there is any family history. She had an aunt whole found a lump in her breast in the early 1940’s. Her aunt was very athletic and healthy. It was unknown if the lump was malignant but her aunt underwent a mastectomy and then a month later, she had her ovaries removed. Her aunt lived into her 90’s.

Lynn underwent a lumpectomy. While she knows that many people have to wait to get in for surgery, she was able to have her surgery completed within 5 weeks of her diagnosis. Two weeks later, she had to undergo another surgery in order to get clean margins. When Lynn met with her medical oncologist, he did not recommend chemotherapy. However, she advocated for herself and suggested that he reread her reports. Lynn’s surgical oncologist had indicated that Lynn would likely need to undergo chemotherapy. Her medical oncologist approved chemotherapy, which took place over the course of 6 months. Lynn was prescribed a chemotherapy that is no longer utilized called CMF. She received her treatments via a butterfly injections. Her hair thinned but never fell out completely. She did not experience any nausea. Lynn gained approximately 50 lbs, which is not typical for most people. She recalls that she craved grease and would often eat french fries or other greasy foods.  She also experienced fatigue and slept a lot. Lynn also underwent radiation but did not experience many side effects from it. She was prescribed 5 years of Tamoxifen.

Lynn was monitored every 3 months for the first 2 years following her diagnosis and then every 6 months. She stopped seeing her medical oncologist when she was 5 or 6 years out from her diagnosis. She still received diagnostic mammograms but in the last 2 years, she has undergone a regular mammogram rather than diagnostic. She had her first mammogram when she was 39 at the recommendation of her gynecologist because she was on birth control at that time.

The hardest thing for Lynn was to tell her parents about her breast cancer diagnosis. She lived a health lifestyle and did all of the right things. Her dad didn’t know what to say so he made her a meatloaf to comfort her. Her sister, brother, and extended family were her support system. Her coworkers were also very supportive and she was able to continue working in the schools while going through her treatments with a modified schedule to accommodate for her treatments.

Lynn recalls a young teacher telling Lynn that she did not know what to say. Lynn told her that it was okay to say nothing it all. A breast cancer diagnosis used to be a death sentence but it isn’t anymore. Many more survivors are living long lives.

Lynn joined Pink Steel dragon boat team 14 years ago. The team called themselves the floating support system. The team weathered the storms together. She relied on a lot of people and everyone was very supportive. Some teammates had a second or third recurrence of cancer. Being a part of this kind of sport with something new for Lynn. She had never been a part of a competitive or group sport.

The hardest lesson Lynn learned through her cancer journey was to let people help her. She was taught to be very independent. She had to tell herself that there are time when you have to let people help you whether that be friends staying over night, having a friend take you to lunch, or having someone take you to a doctor’s appointment.