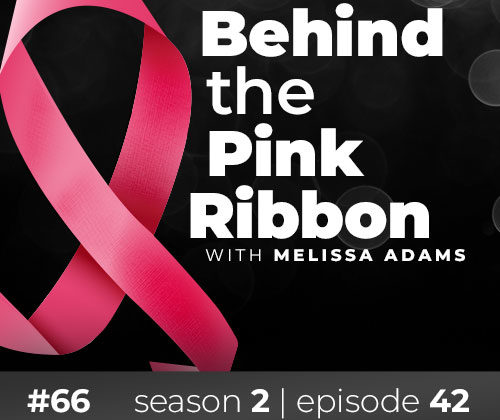 My guest on this episode is Lisa Schlager, the Vice President of Community Affairs and Public Policy for Facing Our Risk of Cancer Empowered (FORCE). Lisa shares the history of FORCE, a non-profit organization founded in 1999 by Sue Friedman as an online support system for those diagnosed with hereditary cancers. Lisa shares some of the unique implications of hereditary gene mutation/cancer, the importance of testing, and how FORCE supports those with hereditary cancer.

Lisa Schlager, the Vice President of Community Affairs and Public Policy for Facing Our Risk of Cancer Empowered (FORCE), joined me on the podcast.

FORCE was founded 21 years ago in 1999 by Sue Friedman, who was diagnosed with breast cancer in her early 30’s and discovered she carried a BRCA mutation. Sue attended a support group and felt a lack of connection with many of the other members in the group. Sue began the organization as an online support groups that has grown tremendously. It is now a national program with international affiliates and a full time staff of 13-14.

The most well-known hereditary cancers are related to the BRCA 1/2 mutation, which increases the likelihood of multiple other cancers. While breast cancer is the highest risk for those with a BRCA 1/2 mutation, there is also risk for ovarian, prostate, and colon cancer, as well as melanoma. Having a hereditary cancer diagnosis presents a whole host of other issues associated with the mutation such as young women having their ovaries removed and passing down the genetic mutation to their children.

Any family that has a history of multiple cancers, a history of early onset of cancer, and those of Ashkenazi Jewish decent should be looking at other cancers. FORCE encourages individuals to look at personal health history and their family history 3 generations back, if possible. For these individuals it might be worth looking into genetic testing by consulting with a genetic counselor or expert.

Lisa shared that some people are concerned with being tested. There are fears that the information can be used against the person but there are laws in place to protect individuals from discrimination based on their health history. There are some positive aspects from the Affordable Care Act for the cancer community including the inability to discriminate and caps on out of pocket expenses. If the ACA were to go away, there would be a difference in those that have a genetic disposition for cancer and those that have been diagnoses. There is one exception to this law. Anyone can be denied for coverage of life insurance, disability, and long-term care for any reason. If someone is concerned that there might be a hereditary gene mutation, that person should get life insurance now.

Some people also think there is no need to get tested if they already have a diagnosis of cancer; however the information would be helpful to know if the person is at risk for other cancers and to provide information to blood relatives. In addition, there are targeted therapies for those with a genetic mutation. It is not just about prevention but also treatment.

Lisa indicated that if an individual was tested prior to 2015 and tested negative, it might be worth getting tested again. Prior to that, testing was only done for BRCA 1/2 and there are now potentially dozens of genetic mutations.

Lisa also stresses the importance of looking at the family history on both sides of one’s family. Everyone should have 2 copies of the BRCA genes- one from the mother and another from the father. An individual with a BRCA mutation has inherited a broken copy of the gene from one of the parents, which compromises the body’s ability to fight cancer and tumors. By the time a person reaches adulthood, the second copy becomes compromised as well and cannot fight off cancer.

Having the information can be useful in being proactive with one’s health such as increased screenings, medications, and even risk-reducing surgeries. Under ACA, genetic testing for BRCA 1/2 should be covered 100% for a women if there is a strong family history of cancer. At this time, this does not hold true for the multi-panel genetic testing and is not the case for men. As a result, FORCE has become more involved in research and public policy to advocate that all individuals have access to services needed without breaking the bank.

For individuals who are adopted, many health insurance companies are making exceptions to the need for a strong family history. While a genetic mutation is rare and effects only 10-15% of the population, those that have increased risk factors should consult with a genetic counselor. In addition, sometimes a genetic mutation can be masked if the gene is passed down from the men in the family, especially because BRCA mutations are most often associated with breast cancer but men rarely get breast cancer.

Lisa indicated that there are some very affordable options for genetic testing on the market at this time. If someone is denied by insurance for any reason, this is worth considering. However, she cautions against using over the counter genetic testing, which does not provide useful medical grade information.

Lisa recommends that if a doctor is misinformed about genetic mutations, seeks out another opinion.