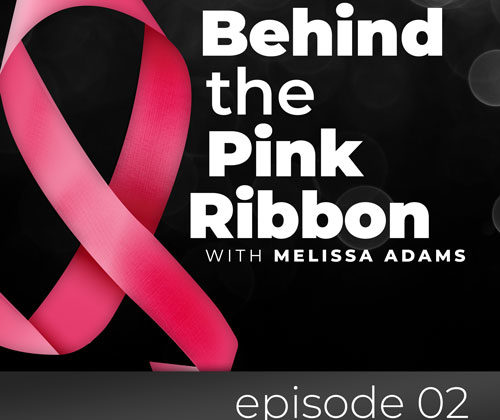 Lisa Hoppe, a 3 years breast cancer survivor and 8-year thyroid cancer survivor, stopped by the studio to share her story through breast cancer. At the age of 54 years, Lisa was diagnosed with Stage 0, Grade 3 noninvasive ductal carcinoma. She was experiencing bloody nipple discharge that she ignored for several weeks and thought it may have been chocolate ice cream stains. Lisa had gone in 6 months prior to her mammogram and the results indicated no concerns. Lisa shares how her experience with losing her sister to breast cancer helped her through her own journey, as well as her diagnosis, course of treatment, and recovery. She shares how her faith helped her push through this experience and offers several great tips for those who are newly diagnosed. Thanks for spending time with me, Lisa!

"The tumor was the size of my thumb but very flat."

In May 2016 at the age of 54, Lisa was diagnosed with Stage 0, Grade 3 noninvasive ductal carcinoma. Lisa was experiencing bloody nipple discharge that she brushed off as chocolate ice cream stains. She had gone for her regular mammogram 6 months prior with no concerns reported.

After waiting 2 weeks, Lisa decided to see her doctor on Cinco De Mayo. She had an exam performed by the doctor and underwent an MRI, but results still indicated nothing of concern. Lisa underwent an MRI with a core biopsy, which led to the discovery of a flat tumor attached to her nipple. The tumor was approximately the size of her thumb. The doctor speculated that the tumor had been there for several years.

Lisa shared that supporting her sister through the last stage of her life following a breast cancer diagnosis helped her in her own journey through breast cancer. Lisa’s sister was 50 when she was diagnosed and passed away 3 years later. Her sister opted for a more naturalistic approach to fighting the disease. Lisa cared for her sister every day during the last 2 weeks of her life. Lisa talks about knowing that one day, she too would have breast cancer.

Lisa underwent a bilateral mastectomy. She was given several different options but she talks about knowing exactly what she had planned to do if she ever had cancer. Lisa had immediate reconstruction with implants put in following surgery. She shared that she was unhappy initially due to the size of the implants and the extra skin she had due to having larger breasts prior to cancer. She opted for an exchange 3 months after her mastectomy at which time she went slightly larger and had extra skin trimmed off. Her lymph nodes were not impacted by the cancer and she did not have to undergo radiation or chemotherapy. She continues to see her breast surgeon every 6 months.

Though cancer is very prevalent in her family, Lisa does not have a genetic mutation, nor do her siblings. Her mother recently underwent a lumpectomy for breast cancer. She talks about her concerns with her 4 children. Her daughters have been told that their risk of cancer is 36%. Lisa continues to talk to and support her daughters in being proactive. Lisa shared that her son found lumps in his breast and she took him to been seen by her doctor. The lumps turned out to be cysts but it was scary for her to think it may have been breast cancer.

Lisa talks about how her faith, drive, strength, and family helped her through her journey. Her faith is strong and she relied on that to get through breast cancer. She didn’t allow herself to get stuck in a place of self-pity and wallowing. Lisa had a moment of screaming and crying, and then never allowed herself to go there again. Lisa relied on support from her husband and children. She talks about “plowing” through everything and how planning her daughters wedding helped keep Lisa busy.

Lisa learned that while she is not invincible, she is resilient. She did not have the support from her siblings that she would have liked because she was always the strong one in her family. She feels as though her siblings did not know how to reach out to help her.

Lisa encourages other survivors to lean into people for support, access the free counseling services that are provided, attend the free classes offered through the medical facilities, get a second opinion, and stay ahead of the pain following surgery.