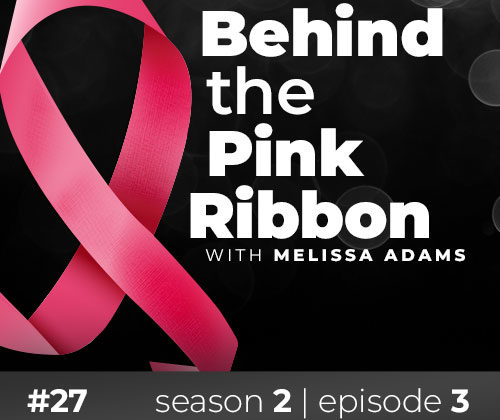 Leslie Jennings-Harper joined us on today’s show. In March 2019, she was diagnosed with invasive ductal carcinoma at the age of 43. Leslie had a clean mammogram and breast exam conducted by her gynecologist less than 6 months prior to finding the lump in her breast. Leslie underwent chemotherapy, which shrunk the tumor and underwent a bilateral mastectomy. She is currently still in active treatment and will undergo reconstruction and a hysterectomy in March 2020.

On this episode, Leslie Jennings-Harper joined us on the podcast to share her breast cancer journey. She was diagnosed with invasive ductal carcinoma at the age of 43 in March 2019.

Leslie had a mammogram in June 2018, which was normal. She had an appointment with her gynecologist in October 2018 and a breast exam indicated no concerns. At the end of December, beginning of January, Leslie felt a quarter-size lump in her breast at the 12 o’clock position. The lump was soft and movable. She figured it was probably just fibrocystic but when talking to a friend, she suggested that Leslie follow up with her doctor.

Leslie scheduled an appointment with her gynecologist. During the exam, Leslie asked her doctor if she thought it might be cancer and the doctor said no but suggested that Leslie be seen at the breast center. The following day, she was seen at the breast center for a mammogram and ultrasound. During the ultrasound, Leslie recalled grabbing the arm of the technician and asking her if what she had was cancer. The technician said yes. Leslie was unprepared to hear that she had cancer. Leslie’s mother had passed away from colon cancer and was routinely monitored. The diagnosis of breast cancer came out of nowhere.

Leslie returned the following day with her sister for the biopsy. During her appointment, she asked to see the films because she wanted to see what cancer looked like. She though that the films would show it as black and ugly but it was a white, pearly, beautiful mass. Leslie had decided that she was not going to kick cancer’s butt; she was going to heal the cancer.

Leslie underwent chemo therapy prior to her surgery to reduce the 4cm tumor in her breast. Five months later when Leslie returned for an ultrasound, the doctor was having a hard time finding the cancer and couldn’t see the clip inserted during the biopsy. Her tumor was no longer visible.

Leslie opted for a double mastectomy with immediate reconstruction. Leslie also plans to have a hysterectomy to reduce her risk of cervical cancer. She already had one ovary removed prior to having children but wants everything removed at this point. That surgery will take place in March 2020.

During her treatment, Leslie’s husband was working most of the time in Texas. She did not want him to see her going through this process. She wanted to protect him from it; she did not want to him to be hurt or scared. She has also protected her kids. She told them that her boob was sick and was going to get medicine and have them taken off.

After shaving her head, Leslie took notice of the people that stared at her and it helped her to realize the impact on people with disabilities. She overheard adults hushing their children when they wanted to know why her hair was gone. Through this, she has taught her children to not be afraid to ask questions rather than just stare.

In addition to her kids, Leslie’s sister and brother served as her support system. After working a 12-hour shift, her brother watched the children while Leslie went to an appointment. The community provided her family with food and gift cards.

Leslie is very religious and feels that God told her to share her story and to help. She is volunteering and giving everything she has to people. She wants people to know that it can happen to them even when they don’t think that it will. The experience has changed her. As she was wheeled into the OR for her surgery, she said a silent prayer that if it was her time, she was ready to come home and when she woke up from her surgery, she was excited and said “oh my gosh, I did it. I did it.”

Leslie recalls having a dark time in her journey and was depressed. Thinking about her kids made her realize that she couldn’t be depressed, that it was time for her to get over it and get up.