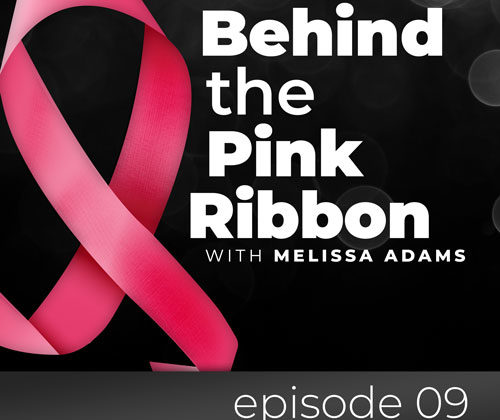 Laura Rasmussen, a 17-year breast cancer survivor, was in the podcast studio today to talk about her experience with breast cancer. She was diagnosed with stage 2, type 2 breast cancer at the age of 41 years. Laura had a clean mammogram in January but in August that year, she recalls crossing her arms and finding what she described as a “frozen pea”. Laura underwent a lumpectomy, chemotherapy, and radiation. Laura talked about the struggles she experienced during her treatments with exhaustion, sores on her head and in her mouth, and going into medical menopause. She openly shares how medical menopause impacted the intimacy with her husband and how she feels that it may have been part of the reason for their eventual divorce. Laura shares the impact that having a support system and support group had in her recovery.

"I found a frozen pea in my boob."

Laura was diagnosed with breast cancer at the age of 41. Laura had gone in for a routine mammogram in January 200, which indicated no concerns. She had just switched insurance companies after starting a new job. In August, Laura crossed her arms and felt what she describes as a “frozen pea” in her breast. She underwent diagnostic testing. The radiologist suggested that she did not have anything to worry about but 4 days later, she received a call from her doctor asking to see her the next day in his office. When Laura went for her appointment and the doctor told her she had breast cancer, Laura thought he had the wrong person. Her doctor had called her at home the night before and left a voice message. Her husband listened to the message but did not seem to understand it and deleted the message. She was in complete shock and even though she knew downtown Phoenix well, she got lost on her way home.

Laura called her employer to share her diagnosis and said that if they were not willing to support her, she would leave. Her employer was supportive and bought her a fruit basket every month while she was going through her treatments.

Laura’s tumor was 2.2 centimeters. It was discovered that there was more cancer behind the frozen pea. At that time, BRCA testing was just coming into being and because she had no children, was adopted, and did not have any siblings that she knew of she did not undergo genetic testing. Laura’s cancer was determined to be estrogen and progesterone positive. One doctor told her that estrogen saved her life while another doctor had told her that estrogen caused the cancer.

Laura underwent a lumpectomy, chemotherapy, and radiation. She lost her hair during chemotherapy and learned how men are able to go from the shower to the door in 15 minutes. She suffered from sores in her mouth and on her head. Laura also went into menopause during chemotherapy. Radiation was difficult. She felt like it kicked her butt. She believes that she would not have made it through the second half of radiation if not for her parents.

Laura worked throughout her treatments. She had surgery on a Friday and returned to work the following Tuesday. She shaved her head in preparation for chemotherapy but wore a hat or do-rag on her head. Her new employer told her that she was not permitted to wear a hat to work. Her employer learned of her cancer when she took her hat off and revealed her bald head. The residents at the retirement facility where she worked were unaware that she had cancer. At Halloween, she dressed up as a biker chic. The residents thought she was really into Halloween and shaved her head as part of her costume. Laura had bought a wig but only wore it a few times.

Laura talked about her support system, which included her parents, ex-husband, and a couple of girlfriends. She shared that she didn’t really let anyone in as much as she should have; she really just plowed through.

When she completed chemo and before starting radiation, her husband thought things would return to normal. Laura feels that the demise of her marriage may have in part been related to the cancer. She shared that being in medical menopause because of the chemotherapy was difficult for her and her husband. Sex was not enjoyable. She described it as feeling like sandpaper. One of the therapists helped her to realize that what she experienced on the outside may have also been happening on the inside.

Attending a support group was helpful for Laura. She learned a lot through her experience with the support group. She shared that the seasoned survivors brought humor into a difficult situation. Laura found support through a retreat called Casting for Recovery, which is a fly fishing event for breast cancer survivors. Laura shared that she learned a lot about herself on that weekend retreat. She began to understand that she hid behind her work as a defense mechanism. She quit her job and started her own business.

Laura has started to date and has been up front with her cancer experience. She feels that no topics are off the table and that none of us come without any baggage. Cancer is a part of who she is and if someone is not equipped to handle it, that is fine.

Laura suggests that those who are newly diagnosed should get into support group. When diagnosed, people are shocked and unsure of the pros and cons of the different treatment options. Those in the support group will give the good, the bad, and the ugly. She feels that newly diagnosed individuals get much better candid information. In addition, support groups have information on other resources available for breast cancer survivors.