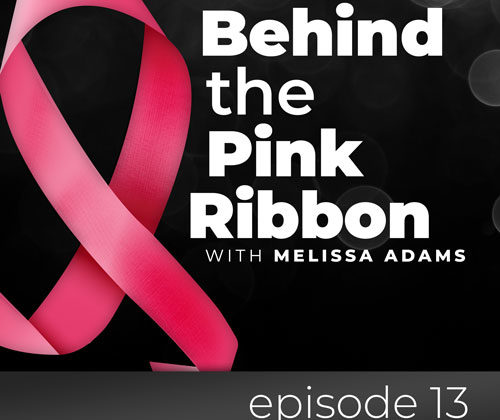 Kimberly Bowles was 35 years old and had 2 young children- ages 3 and 10 months when she was diagnosed with Stage 3A breast cancer at the end of 2016. Her cancer was found to be HER2+. She underwent chemotherapy, double mastectomy, and radiation, and is currently on Tamoxifen and Nerlynx. Kimberly shared her devastating experience with a plastic surgeon who denied her decision to go flat and how this pushed her into the world of advocacy to help protect others from having their decisions violated.

Kimberly was diagnosed at the end of 2016 at the age of 35. At that time, she had a 3-year-old and a 10-month-old that she was breastfeeding. She found her lump when she was lying down. Her husband had rolled over onto her breast and she could feel the lump pressing against her chest. She knew right then it was cancer because breast cancer is prevalent on her father’s side of her family. She has a history of clogged ducts but knew it was not that. She has since learned that many women with dense breasts or women with larger breasts don’t usually find a tumor unless they are lying down because it makes the tumor more prevalent.

Kimberly went to see her OBGyn who told her that it was a clogged duct; however, she convinced him to give her a script for the diagnostic testing and she immediately went too radiology. She was told that she was too young but no one is too young for breast cancer and many times, it is missed because of age. Kimberly went for an ultrasound, mammogram, biopsy, and then a sentinel node biopsy. Her cancer was found to be HER2+, which is a less common subtype of cancer.

HER2+ is a growth factor that exists on the outside of the cell. Overexpression of it causes cancer to grow really fast and results in a worse prognosis for metastatic recurrence and even local recurrence. However, it also makes cancer more susceptible to targeted drugs that are less toxic and give a better chance for pathological response to the chemo. It used to be really bad to have HER2+ cancer but now it is almost a good thing because the targeted drugs are not as poisonous and a patient can be on the drug for years with fewer side effects. Herceptin is the chemo drug and there is a Lifetime Movie about it called Living Proof. Kimberly shared that she is thankful to be alive at a day in age where even with a horrible disease like cancer, it can be treated.

Kimberly’s diagnosis was Stage 3A. Depending on the imagining one prescribes too, it would be 2B or 3A. Reality is that the stage is unknown until the time that the tumor is excised from the body. New staging guidelines have been implemented in the past year. Staging is now determined in part by receptor status. At the time of her diagnosis, it was determined by the size of the initial tumor and if auxiliary nodes were positive. Kimberly had auxiliary node involvement and a single tumor in her breast.

Every woman on her father’s side of her family had had breast cancer and has survived. She had genetic testing done. She shared that genetic testing is now becoming more of a standard practice when a woman is diagnosed with breast cancer. Kimberly has a genetic mutation but it has not yet been identified and it is not one of the mutations assessed by the testing. She indicated that she has a known unknown mutation. Kimberly shared that the American Society for Breast Surgeon’s just came out with new guidelines. At the age of 25 years, every woman will have a risk assessment completed by their general practitioner. Those with higher than average risk of developing breast cancer will be sent for earlier screening while those with average risk will be sent for mammography at the age of 40 years. Three different PCP’s told Kimberly that since breast cancer was prevalent on her father’s side of the family and she did not have a first degree relative with cancer, it did not increase her risk. After her diagnosis, she learned that this was wrong. The algorithm taught in medical school is not accurate. Their lack of knowledge gives a false sense of security. Kimberly was consumed with taking care of her young children and wasn’t thinking about if the doctor was right or wrong, and three doctors said the same thing! Had the doctors said nothing or “I don’t know”, she would have done her own research but for doctors to actively tell women that it does not matter or it does not impact their risk is wrong. Kimberly finds it hard to believe that young men would be treated that same way. Many women are considered hysterical when they think that a lump in their breast is cancer, which likely leads to more women being diagnosed later. Kimberly feels that doctors can do better and that the future of medicine is individualized medicine.

Every treatment pattern is different and reconstruction decisions are so personal. Kimberly would not want anyone to think that because she made a specific decision, it does not mean there is anything wrong with a different decision. Kimberly’s treatment course consisted of chemotherapy for 4.5 months with four different drugs prior to surgery. She then has a double mastectomy and radiation. She currently takes Tamoxifen and Nerlynx. She expects to take Tamoxifen for 10 years but maybe on it for the rest of her life.

During chemo, Kimberly had a lot of time to think about what she wanted to do in terms of reconstruction. She knew that she would have to have her breasts removed. That was a medical decision. The question for her was whether she wanted to pursue reconstruction or go flat. Once the option of a lumpectomy was off the table, she knew that the only other option for her was to go flat. She was not interested in implants for various reasons and was not interested in having a longer surgery. She had a plastic surgery consult at the Cleveland Clinic do discuss the closing of the incisions. Kimberly wanted a smooth, flat contour. Kimberly had hoped to have the surgery completed in one surgery and get back to taking care of her kids. The plastic surgeon seemed to respect her decision; seemed is the operative word.

Kimberly has since become an advocate for women to have their decision to be respected. Women that decide to go flat are funneled off at the outset. It is thought that if a woman chooses to go flat, she does not care what she looks like or she may change her mind. There is a prevailing thought that going flat is not a legitimate decision. There is a huge variation in the aesthetic outcomes and it is completely out of the control of the patient. Some plastic surgeons have breast skills and are willing to take the extra time but some plastic surgeons do not have the skills or are not willing to take the extra time. In her case, the surgeon decided, without her consent, to leave excess tissue in, just in case she changed her mind. As she was being prepared for surgery, she overheard him talking to himself about this and she indicated that she did not want the excess tissue. She had no idea that he was planning to leave 2 pockets because he thought she might later change her mind. She wasn’t thinking about that. She was thinking about the possibility of not waking up from surgery, her children, and her husband.

Sadly, Kimberly is not the only person that this has happened to. There are many doctors in the US, Canada, and internationally that have gone against a patient’s decision and consent. There are times when the outcome is not great and that can be related to a lack of skills or even mismatched expectations. But there is a small number of doctors that intentionally deny a woman’s desire for a flat result.

As a researcher herself, Kimberly has done some of her own research. She has found that approximately 5% of women are intentionally denied a flat result. Another 7-8% of women get a bad result, but not intentionally. At least 1 in 10 women who choose to go flat, wake up with something that they were not expecting. It is a violation of their bodily integrity and violation of consent. This is unacceptable. The surgeons are not held accountable for their actions. Kimberly was on the Today Show and protested outside of the Cleveland Clinic but in the end, her doctor was still not held accountable.

Kimberly is now the President of a nonprofit organization called Not Putting on a Shirt. On their website, www.notputtingonashirt.org, they have extensive resources for women on how to prepare for going flat, how to protect their decision, how to address it if they don’t get the desired result, and where to find surgeons. There is currently a list of approximately 210 surgeons. Anyone looking for information on where to find a plastic surgeon can email Kim at notputtingonashirt@gmail.com

Kimberly still struggles with her decision to go flat being denied. She continues to have the 2 pockets of excess tissue. She has not yet been able to pull the trigger on making the decision to have it fixed. It is not easy but is does motivate her to help others avoid this same situation. Kimberly feels that we have a duty to help protect others.

Treatment options even just 15 years ago were much different, the side effects were much worse, and the options were limited. Medicine has advanced so rapidly and she hopes that it will be different for her daughter. She hopes that cancer will be treated as a chronic disease. There is more support for women diagnosed with breast cancer as well. Many organizations serve younger patients- Young Survival Coalition, Facing Our Risk of Cancer Empowered, and Living Beyond Breast Cancer- making is possible for patients to connect.

Kimberly also gives a shout out to the researchers. These new drugs are peoples’ life work, blood, sweat, and tears. The researchers have many failures and keep going at it. Then they have one success and that one success may change someone’s life. There is a nation-wide effort through the National Institute of Health to look at the genetic causes of cancer called All of Us. To solve a problem like this, we need big data. There are many different options to participate in research and anyone can talk to their oncologist to find out what you might be eligible for. It is an effort that requires participation from everyone.

Kimberly will be at the San Antonio Breast Cancer Symposium in December 2019 sharing her research. She will be presenting a poster and hopes that she can convince an epidemiologist to do a larger-scale study in order to develop a standard of care to protect a woman’s decision to go flat.