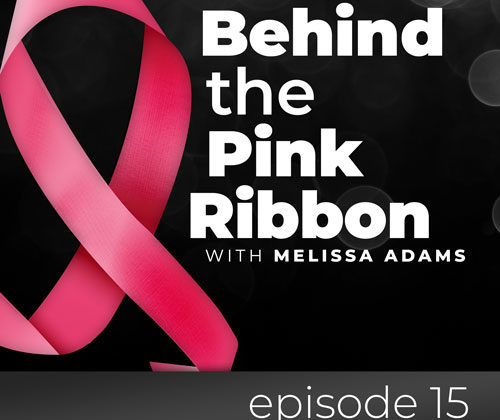 Kim Nolder :
Off with Their Heads

Kim Nolder, a Pittsburgh native residing in North Carolina, joined us on the podcast today. She shares her story of finding her breast cancer on her baseline mammogram. Kim’s mother had been diagnosed with breast cancer and passed away when she was 60 years old. As a result, Kim has always been on top of her overall and breast health. She shares her course of treatment and talks about the importance of being healthy for her boys.

Kim Nolder, a 5-year breast cancer survivor, joined us on the podcast today to share her journey with breast cancer. Kim was 39 years old when she was diagnosed with stage 0, Ductal Carcinoma In-Situ (DCIS). Kim has always been on top of her breast health after losing her mother to breast cancer. When Kim turned 39, her doctor agreed to send her for a baseline mammogram. She had just finished breastfeeding her youngest son and was told to wait 6 months before having the mammogram.

Kim was able to schedule her mammogram after the start of the new year in 2014, which was to serve as her baseline testing. Kim had done a 3D mammogram at that point. The doctor had called her a few days later asking for her to come back for more testing using traditional mammography. Kim recalls that many patients were leaving the office but she continued to sit there. She thought she was going to have an ultrasound but was told that the radiologist wanted to speak to her, and she knew that was not good. They had found the DCIS in her left breast. Kim shared that her mother also had cancer in her left breast.

Kim had always said that if anything were to ever come up related to breast cancer that she would opt for a bilateral mastectomy. She was offered several different options but wanted both breasts removed. Kim was offered BRCA testing before making her decision but she had made up her mind. She wanted to get tested to help her nieces. Kim is a positive BRCA2 carrier. Since her mother has passed, Kim’s father was tested for the BRCA mutations and came back positive. Her sister was tested and came back negative. Kim’s brother has opted to not be tested; however, his daughters have all of the information they need in order to be tested and they will begin receiving mammograms at the age of 29.

Kim shared that her mother was diagnosed with breast cancer 25 years ago. At that time, they didn’t have the technology to find cancer at its earliest stages. However, she believes that if the technology had existed, her mom would still be with them today.

Kim’s running joke is that she may look like her father and nothing like her mother but she definitely has her mother’s genes running through her. Kim shared that at the time of her diagnosis, she got the BRCA testing done for her nieces, not realizing that it could also have a potential impact on her sons. Even though Kim has reduced her risk of many of the cancers associated with the BRCA mutation, she is still at risk for pancreatic cancer.

Kim shared that her children do not know of her diagnosis. They were young at the time and the only experience they had with breast cancer was the passing of their grandmother. She opted to explain to her children that she did not want to be sick and was doing some things to stay healthy. She thinks that her oldest some may know that she had breast cancer but has not had the conversation with her yet. She feels that if he asks her, she will tell him that truth now that he is older.

Kim began having lymphatic massage 2 or 3 days following her mastectomy. She underwent PT to address both the mastectomy, as well as the hysterectomy to redevelop her muscles and to increase her range of motion. Kim shared that she had a lot of tightness in her chest and a lot of spasms. Kim is currently undergoing PT again following an optional implant exchange procedure. She had the textured implants put in following her mastectomy and rather than wait for it to become an issue, she had them removed.

Kim shared that she is and always has been very proactive. She doesn’t want to wait for something to become something more and turn into an urgency situation. She always felt that if her breasts were not behaving, she would say like the queen, “off with their heads”. That is what she did with her breasts.

Currently, Kim sees her OBGyn, has the option to do screenings for pancreatic cancer, has bone density scans, and will be working with a new nutritionist. She monitors her vitamin levels. She would rather try to catch something before it becomes something else.

Kim shared that it is important for her to be healthy for her boys.