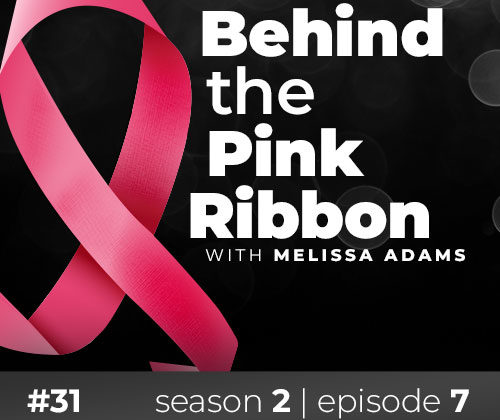 Judy Pearson, an 8-year survivor, writer, and founder of A 2nd Act, joined us in the podcast studio today. She shared her personal journey through breast cancer from finding her lump, having surgery, and going through chemotherapy. Judy talks about her friend Joanna, who was the inspiration behind A 2nd Act. Judy shares the mission of A 2nd Act and all the different ways that the organization is supporting women diagnosed with any kind of cancer.

Judy Pearson is an 8-year stage 2, triple negative breast cancer survivor. She is also a writer and the founder of A 2nd Act.

Two months after a clean mammogram, she scratched her cleavage and found a bump. After many diagnostic tests, it was confirmed that the lump was malignant. Given the size of her tumor, it was recommended that she undergo a mastectomy. Judy is glad that she followed the doctor’s advice because there were many other tumors surrounding the primary lump.

State laws vary from state to state but in Arizona, radiology reports are required to state if a patient has dense breasts. Since mammography is less effective at picking up anything suspicious for those with dense breasts, patients can request an ultrasound.

Judy’s maternal aunt passed away nine years prior to Judy’s diagnosis. She had the same type of breast cancer. Judy was tested for the genetic mutation but was not found to be a carrier.

Once she got to the other side of cancer, Judy wanted to figure out what she was meant to do with her life. Finding her cancer’s purpose was a really big deal. She started to meet other survivors who were doing great things. She realized that by helping others, survivors were healing themselves. A 2nd Act had started out in a written format but a friend, Joanna, told Judy that she should include stage performances showcasing the women in her book.

Joanna passed away. She had fallopian tub cancer. She tested positive for the BRCA mutation and had a prophylactic mastectomy. However, her cancer had metastasized. Judy founded A 2nd Act in Joanna’s honor and hoped it would become part of her legacy.

The mission of A 2nd Act is recognizing that helping is healing; celebrate and support women survivors of all cancers who are giving back to the greater good. The organization has been in existence for four years now.

A 2nd Act hosts an annual storytelling event called S.T.A.R.S. Performance. Women audition to tell the story of their 2nd Act. Approximately 8-10 women are chosen for the cast. Auditions are held on February 1st 2020 and the performance is March 22nd. Each woman that is part of the cast, becomes a part of the book. This event serves as a fundraiser for micro grants provided by the organization to women who are starting or growing their 2nd Act. The submission for a micro grant is between June and July with grants being awarded in September.

In addition to the S.T.A.R.S. Performance and the micro grants, A 2nd Act also hosts quarterly Girl’s Night Out events, which are networking events for cancer survivors.

A 2nd Act also holds workshops to help guide women to consider what skills, passion, and what their cancer may have qualified them to do in their 2nd Act. The event is centered around women. It is a half day event with lunch provided and is guided by Judy and those that have been cast members in the S.T.A.R.S. Performance.

Judy has a new book titled- From Shadows to Life that will be available for purchase in April 2020. The book is an autobiography of a woman surviving her 4th cancer diagnosis and survivorship prior to the 1990’s. The book will be available on the A 2nd Act website, as well as amazon.

Information about programs, how to get involved, and upcoming events can be found at a2ndact.org.