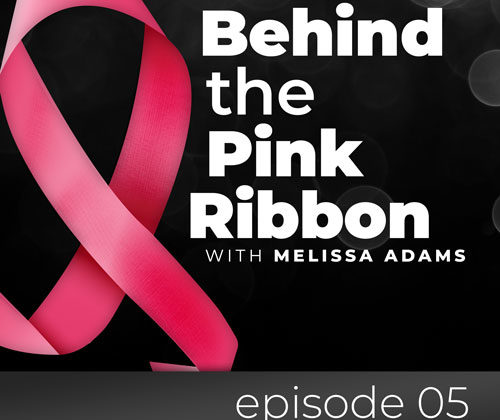 Jolie Sakata Panyon :
Not What I Expected

Jolie Sakata Panyon, an 8-year breast cancer survivor, stopped by the show to share her breast cancer journey. She was diagnosed at the age of 43 with stage 2A invasive ductal carcinoma. Diagnostic assessments prior to surgery indicated an earlier stage of cancer with no lymph node involvement but at surgery, the surgeon discovered the tumor had grown and spread to three lymph nodes. Jolie talks about her diagnosis, treatments, and side effects. She talks about the resiliency of her children and shares how having a supportive work environment helped in her recovery. Thanks for stopping by, Jolie!

"I was able to run a half marathon after my second round of chemotherapy."

Jolie was diagnosed in 2011 at the age of 43 with stage 2A invasive ductal carcinoma. The cancer had spread to three lymph nodes. Jolie was tested twice for the genetic mutation. The first time when she was first diagnosed and the second was after her mother had passed away from pancreatic cancer. Her results came back negative for a genetic mutation.

Based on diagnostic testing, Jolie was initially thought to have an earlier stage of breast cancer. However, in the three weeks between her diagnosis and surgery, the tumor had grown and had spread to three lymph nodes. This ultimately changed her course of treatment to include chemotherapy and radiation.

Given that the cancer was considered to be an early stage, Jolie’s breast surgeon had recommended a lumpectomy to remove the tumor but Jolie opted for a double mastectomy. While not everyone was supportive of her decision, she feels that it was the best decision for her.

She underwent the double mastectomy with immediate placement of expanders for reconstruction. Following her surgery, she went through 8 rounds of chemo therapy. While the plan was for her to undergo radiation followed by reconstruction, Jolie’s skin did not heal well and her skin was stretched so much that her scars opened up resulting in reconstructive surgery taking place sooner than anticipated. She had radiation following reconstruction.

Jolie shares her experience with chemotherapy and radiation. For her, chemotherapy was not terrible. She was able to work through chemotherapy and even ran a half marathon following her second round of treatment. Jolie shared that she got sick following her first round of treatment because she was not prepared. She had to be given an IV for fluids due to dehydration. She explained that while she attended a class for chemotherapy, she was just going through the motions because chemo was not expected to be a part of her treatment. She cut her hair following the first round of chemotherapy and had two coworkers that shaved their heads in an expression of support. She lost her hair following the second round. She recommends drinking lots of fluids, taking blankets, and taking things to occupy the time. During radiation, her skin had burned but she was able to manage this side effect with the use of aloe. She does have contracture and tightness of her skin were the radiation was concentrated and while she could opt for another surgery, this is something she can live with.

At the time of her diagnosis, Jolie had a son in kindergarten and a daughter in the 4th grade. She and her husband spoke to their children about cancer and got books from the American Cancer Society. Jolie explains that she only had one conversation with her children and they seemed to be fine after that. After losing her hair, her son did not want her to go to his school but quickly got over it.

In addition to her family, Jolie had a great support system with her work family. Her coworkers helped to alleviate some of the demands at work. They would take over some of her responsibilities so that she was not exposed to germs and illness. Jolie feels that having this support from her coworkers was instrumental in her recovery.

Jolie found dragon boating after chemotherapy at a My Hope Bag event. She has always participating in solo sports but enjoyed the group effort of dragon boating. While cancer is not the focus of the sport, she finds comfort in knowing that the ladies in the boat have gone through the same journey.

Through her experience with cancer, Jolie has learned that people deal with tragedy in different ways. She believed that if someone was not there for her during cancer, that the person must be a bad friend. She has changed her perspective and now understands that some people just don’t know what to do or say when someone is diagnosed so they pull away. It is a reflection of the person’s experience with cancer and does not necessarily make that person a bad friend.