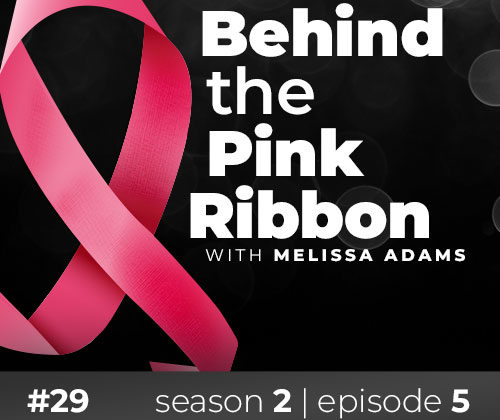 Jill Stutin Gresham :
Implants are Not for Everyone

Jill Stutin Gresham joined us on the podcast. She was diagnosed in 2004 with stage 2 breast cancer at the age of 36. Jill was closely monitored for breast cancer due to the significant family history. She found a lump in her breast but diagnostic testing showed she had cancer in the opposite breast. Jill shared her struggles with reconstruction, as well as Tamoxifen. Four years later, Jill was diagnosed with ovarian cancer. Most recently, she explanted due to breast cancer illness.

In 2004, Jill Stutin Gresham was diagnosed with stage 2 breast cancer at the age of 36. She found a lump through a self breast exam. Given a significant family history, Jill was considered high risk and had been undergoing routine monitoring. She had an appointment for her 6 month check up and while the doctor could feel the lump, it could not be seen on mammography. Jill had an ultrasound and a needle biopsy right there in the office and was told that she had atypical lobular hyperplasia. Given the she was considered high-risk, her surgeon recommended that she undergo a prophylactic bilateral mastectomy.

Jill’s surgeon requested an MRI be completed prior to the surgery, which was completed just 2 days prior to her mastectomy. Results of the MRI indicated that Jill had breast cancer, but it was in the opposite breast. Jill was immediately rushed in to see a plastic surgeon. She was told that the only option she had was silicone implants. Though she had some reservations with silicone implants because they were just re-released, she opted to have reconstruction.

Despite significant family history, Jill tested negative for the BRCA mutation. Her mother was tested and was found to be negative but because her mother and father are both Jewish, she was tested to see if the genetic mutation was present from the paternal side of her family.

Jill experienced many complications from the reconstruction and while chemotherapy was recommended, she never received it. During the expansion process, one of the expanders flipped over and Jill had to undergo emergency surgery to fix it. She developed an infection following that surgery and had to be placed on high dose antibiotics. Jill was prescribed Tamoxifen but she experienced vomiting and become very anxious. She experienced flu-like symptoms. Both her grandmother and her mother had difficulties with Tamoxifen as well.

Once Jill had the implants put in, she was seen every six months for blood work and every year for a bone scan but had no additional follow up treatment.

In 2008, she experienced uterine bleeding and found that she had a fibroid cyst. It was recommended that she undergo a hysterectomy despite having normal test results and no indication of cancer. Following the surgery, Jill’s doctor told her that they had found stage 1 ovarian cancer. She followed up with her gynecological oncologist every 3 months for 2 years and then every 6 months after that.

In 2013, Jill developed a contracture in her implant and had both implants swapped out. She started experiencing issues with fatigue, joint pain, and GI problems. She became bed-ridden, experienced high fevers, and was in and out of the ER. During the time she was ill, she lost her job. She saw 22 specialists but none of them could figure out what was wrong.

Jill had her explant surgery in September 2019. She decided to go flat but still has the pockets of skin and her nipple intact. She did not want to do the tram flap procedure due to not having the extra fat, the risks associated with that type of surgery, and the extended recovery time. She feels better and a lot of her symptoms are gone. She still has some symptoms but was told that is part of the detoxing processing.

Jill’s best advice to be sure to research implant and know what is going into your body. She suggests knowing what can happen before deciding to have reconstruction; read and pay attention to what is being said about implants. Above all, listen to what your heart is telling you to do.