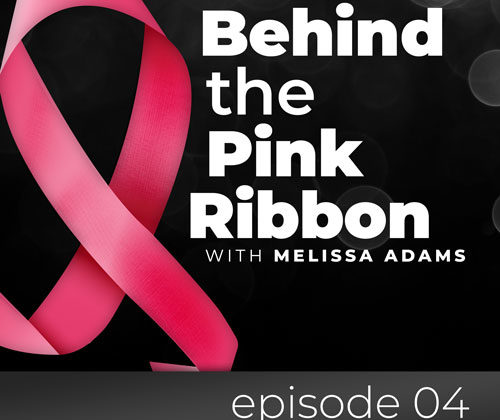 Jennifer Craig, a 7-year breast cancer survivor, joined us on the podcast to share her breast cancer journey. She was diagnosed at the age of 33 years with ductal carcinoma in-situ with micro invasion. Jennifer went to her doctor looking to get some diet pills, which led to a series of tests. When prescribed a prolactin test, she began lactating green discharge from her nipples. She knew that something was not right. Despite being told that there was no need for a mammogram, Jennifer advocated that one be completed, which led to a biopsy and a diagnosis of breast cancer. Jennifer shares her story through her diagnosis and treatments, and how cancer has changed her. She shares that her kids were a major source of support for her.

"She gave me every excuse in the book to not ask the doctor to order a mammogram."

Jennifer was diagnosed in August 2012 at the age of 33 with ductal carcinoma in-situ with micro-invasion. She described her cancer as early stage but very aggressive. There is no family history of cancer; however, he mother was diagnosed with cancer after Jennifer’s diagnosis.

Jennifer had gone to the doctor to get some diet pills after her husband at the time pointed out that she had gained some weight. Her doctor recommended that she undergo some testing of her thyroid to rule out any potential concerns. Results indicated no concerns. Jennifer was then ordered a prolactin test that tricks the body into thinking it is pregnant. Jennifer had alarming levels, resulting in an emergency MRI. She was diagnosed with a pituitary tumor but there were no other concerns. Jennifer was experiencing lactation for her nipples that was green in color and knew that something was not right. In talking to the nurse, Jennifer asked to have a mammogram but was told that it was unnecessary because there was no family history of cancer and she was too young. However, Jennifer advocated to have the mammogram. During the mammogram, doctors noted calcifications in her left breast but she was reassured that it was not breast cancer because there was no family history and she was too young. However, it did turn out to be cancer.

Jennifer underwent a lumpectomy with a bilateral breast reduction at the same time. She had an additional surgery shortly after to remove her lymph nodes. Jennifer went through 36 rounds of radiation therapy, which resulted in damage to her thyroid, fatigue, and severe burns. Still to this day, she does not feel she has fully regained back her energy and feels that she is a completely different person. Given that her cancer was estrogen and progesterone positive, she had surgery in January 2013 to remove her uterus, Fallopian tubes, and ovaries. She tried Tamoxifen for 5-6 months but suffered from brain fog and memory loss. Jennifer has had a total of 29 surgeries in 7 years with the most recent being in December 2018 for reconstruction.

Jennifer mentions that she did not have a support system around her. Her husband was not supportive and she got divorced. Her children, who were 7 and 10 years old at the time, were her major source of support. The experience brought her closer to her kids and they helped out where they could but she was still the primary provide for her family. She still had to get up, go to work, and function for her family.

She shares that having cancer completely changed her; it took her away. She does not do many of the things that she used to do. She has not dated or even tried to date since 2015. She talks about living in fear that the cancer will return. Her whole life at this time revolves around her kids.Jennifer advises others to not be afraid to ask for help. Cancer took away her independence for a period of time. She wishes that she had let her mother help her rather than doing everything on her own.