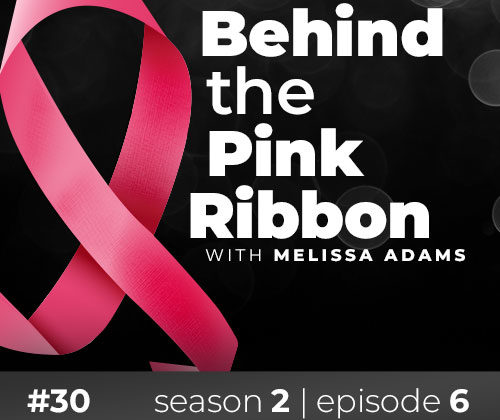 Faith Walker :
Head in the Clouds

Faith Walker, a 15-year breast cancer survivor, joined us on the podcast to share her story. She was diagnosed in 2004 at the age of 26 with breast cancer.

Faith starting having discharge from her breasts. She contacted her family doctor, who recommended an ultrasound. Faith called repeatedly for the results. She was told the doctor’s office would call her if there was anything of concern.

Three months later, Faith found a lump in her breast. When she went to her doctor, she was told that the lump was still there and had doubled in size. Faith had no knowledge that a lump even existed. It was recommended that she have a lumpectomy. During the surgery, they tested her lymph nodes and found that she cancer. At her follow-up appointment from the lumpectomy, she was told that she had breast cancer and that a mastectomy was recommended.

A few months later, Faith underwent the mastectomy with reconstruction. She opted to have a hybrid procedure using her latissimus flap and an implant. She then had chemotherapy, radiation, and was prescribe Tamoxifen. Faith thought that her breast cancer journey was over.

Three year later, when pregnant with her younger child, she started having extreme back pain and despite seeing several doctors, was told that the baby was likely pressing on her sciatic never but never investigated it any further. The pain continued to get worse. Faith struggled to stand and walk. One day, her back went out and she fell to the floor. She was rushed to the Emergency Room and had an MRI. The MRI indicated that she had a fractured spine and was told that she had numerous tumors in her spine that caused her fracture.

Faith was hospitalized due to the fractures. During her hospital stay, she fell and had to undergo a c-section at 27 weeks followed by back surgery the next day. Father had to remain in the hospital for three months to do radiation and to learn to walk again.

Faith has been on every kind of hormone therapy and has exhausted all options. The cancer has spread to more places in her spine, scapula, lungs, and liver. She is currently taking oral chemo. She had 8 years of remission but it started to spread again.

Faith feels that she is here for a purpose. After going through cancer twice, she realized that she had more of a purpose and uses her experience to write songs. Her latest song, Head in the Clouds, is one of her proudest. She shot a video that shows individuals holding signs showing their hardest struggle and then their greatest blessings.