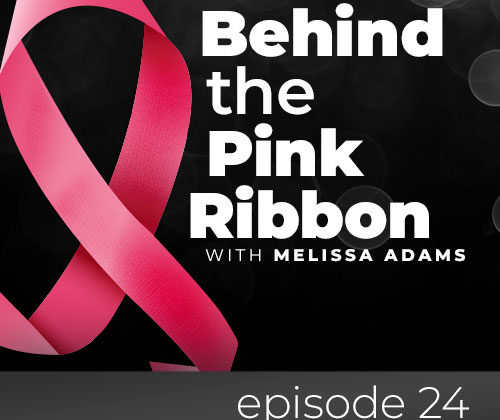 This week, the founder on the nonprofit organization ImpactOne, Elizabeth Cluff, joined us on the podcast to share her personal story and the great work that she is doing.

Elizabeth was diagnosed with breast cancer in 2007. Through her own journey, she experience many different setbacks. She had a plan of how and when her cancer treatments would be finished but nothing went as planned. The process became longer and longer and the days became darker and darker. She had a hard time seeing the light and felt very isolated. The radiation treatments had also not gone as planned. She burnt pretty badly and had to do hyperbaric treatment to help the severe burns.

She struggled with dealing with breast cancer treatments and also raising her young children ages 5, 4, and 1 at the time. Her 1 year old required more help due to some disabilities. There were surgeries and therapies that her 1 year old had to undergo to get her to a place of being able to walk. Elizabeth asked her doctor who she should fix first. Her doctor told her that she had to keep fighting to take care of her kids.

During her treatments, Elizabeth thought to herself, “If I have the support system that is checking in on me, making sure my babies are safe, and making sure we have food, what about the women that don’t have that?” This haunted Elizabeth and stayed in her heart and her mind for a long time. There were so many women out there that are forgotten.

Elizabeth wanted to find a way to give back. She thought about the things that she went without during her cancer treatments. The things that she did not have one ounce of energy or motivation to get for herself. Things such as a wig, prosthetics, compression garments, and bras for after mastectomy. She wanted to find a company to get these things and ship them to women in need. Elizabeth received a box from the owner a prosthetic company in Virginia whose wife wanted Elizabeth to have some products. She knew that she had to get a nonprofit up and running.

Elizabeth knew that she was going to have these items shipped directly to a woman’s doorstep. She wanted other women to feel like someone was thinking about them and Elizabeth could not think of any other way then to send a shipment of love and provide them with things vital for dealing with breast cancer. This sat in her heart and in her mind. In 2015, Elizabeth obtained nonprofit status for ImpactOne.

ImpactOne provides a Hope Box to women that complete an application for a box. Each box is designed to look like it comes from a store or boutique. Each box is also individually made for the woman requesting the box. When completing the application, the woman (or the personal completing the form) indicates the need and explain why they need specific items. ImpactOne is driven to make sure that each woman gets the items that she needs. While there are other items in each box, the most meaningful are those things that are needed.

The contents of the Hope Box includes several different items. Wigs are provided and ImpactOne makes every effort to get a wig that matches the color, length, and style that woman prefers. If a woman is going through a mastectomy, ImpactOne will provide compressions garments. ImpactOne has partnered with a local designer that has created garments for all kinds of surgeries that are cute, stylish, and zip up the front. The company donates product to ImpactOne each year. Elizabeth became certified as a mastectomy fitter so that she can fit women properly for breast forms and bras. Some women may need all of the items and some women may only need some of the items. ImpactOne will also tell women if there are additional things that may be needed depending on where the woman is in her treatment.

ImpactOne has provided approximately 2100 Hope Boxes and 150 boxes have been shipped to Mexico. The women in Mexico are in significant need as they have access to nothing. They make their own compressions from towels and their own breast forms from rice. These women are in such need that five of them walked two and a half miles to get their box.

Another program that ImpactOne has been working on is providing micro grants for woman to obtain a mammogram. ImpactOne is also helping to get the mobile mammogram tucks out to where they are needed.

There are many ways to get involved in the organization. ImpactOne accepts donations of products either new or used, as well as monetary donations. The box and contents costs approximately $400 and is $25 to ship. Volunteers can help with packing the boxes.

ImpactOne has a breast cancer walk on January 11, 2020 in Gilbert, AZ as an annual fundraiser. The organization has collaborated with 5 local restaurants that will be handing out samples and honoring survivors.

Elizabeth believe that it is about being able to share the story so that other women feel safe and not alone, and helping those going through unknown territory.