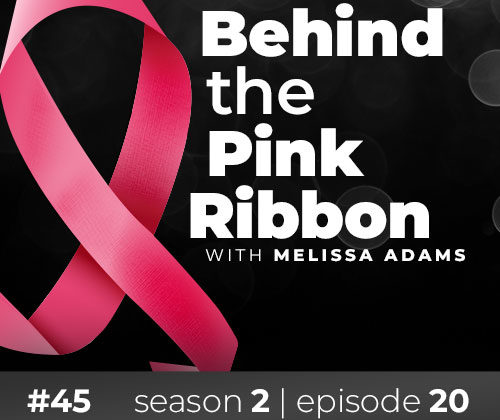 Dr. Don McKenzie is the Professor Director of the Division of Sports Medicine at the University of British Columbia. He also chairs the medical and anti-doping committee for the International Canoe Federation. He is also the researcher that brought dragon boating to the breast cancer world 25 years ago.

In 1995, the issue was the concern of lymphedema following breast cancer treatment, which is a significant side effect that causes swelling, discomfort, and pain the arm where the breast cancer was located. Women were afraid to do certain activities for fear of developing lymphedema. Activities such as knitting, vacuuming, pushing/pulling, and lifting weights were all contraindicated. There were published guidelines on what not to do rather than what to do. In looking in the literature, Dr. McKenzie could not find any rationale that this was actually the case.

He set out to conduct a research study to challenge the myth the exercise cause lymphedema. The first step in his research was to find a highly visible activity that incorporated some of the things that were contraindicated such as repetitive, intense, and stressful exercise of the upper extremity. With his background in canoeing and the already present dragon boat community in Vancouver, CA, dragon boating was the obvious choice. The hypothesis was that if women could participate in the sport and not develop lymphedema, it would prove that exercise did not cause lymphedema.

Dr. McKenzie had a research lab in British Columbia and was working on a study related to childhood cancer. He met a woman that told him about lymphedema. The woman attended a support group in the community. Dr. McKenzie attended the support group and proposed his study to the women in the support group. The 7-8 women that were interested then went out into their network of other breast cancer survivors and recruiter other women to create a crew of 24 women. The women were fed up with living such a limited lifestyle and were very enthusiastic volunteers even though they did not know what was involved. The women in the study never questioned Dr. McKenzie but he was questioned by others in the cancer community, in the exercise community, and even his colleagues.

Before getting into the dragon boat, the 24 women underwent 3 months of exercise at the gym to prepare themselves for the sport. At the same time, separate from the dragon boat research, Dr. McKenzie’s team was researching the mapping of the lymphatic system, how exercise challenge the system, and what it did. The exercise component began in January with the intention of the team competing in June int he Vancouver Dragon Boat Festival. They spent three months in the gym and three months training in the boat. While he started the program, the women quickly took over the naming of the boat team and the color of their shirts. They were called Abreast in a Boat.

Abreast in a Boat competed in the recreational division against corporate teams. The goal was for the women to make it to the start line, not the finish line. Dr. McKenzie believe that if they did what they needed to do to get ready for this sport and not develop lymphedema, they were already a winner. The team lost their first race but did beat a mixed gender corporate team in their second or third race.

Dr. McKenzie shared that he is still actively involved in the breast cancer dragon boat community. He does outreach projects talking to people and husbands about supporting the women in the dragon boating.

At the first practice for each new season, Dr. McKenzie tells the novice women that this is a support group but not a standard one. Dragon boating is not about cancer. It is about physical activity, health, environment, and the rest of their lives. When they get into the boat, they paddle away from cancer. They are moving forward rather than looking in the review mirror.

While the true outcome for the study was to determine that physical exercise, it also showed that physical exercise increases survivorship. Dr. McKenzie and many others have done studies on the impact of exercise on breast cancer outcomes. As part of his study, women started going to the gym the moment they started chemotherapy and continued through treatments. Exercise became a part of their treatment and in Vancouver, Canada, exercise is now considered standard of care. The return for a little bit exercise is about 35-40% in reduction of recurrence for cancer. It as good as a lot of the treatments that are given for cancer.

The benefits of physical activity on cancer is gaining more traction North America but there are many countries that still do not recognize the impact of exercise. In addition, there are some countries that still have a stigma around a breast cancer diagnosis. This where most of Dr. McKenzie’s outreach efforts are focused.

The International Breast Cancer Paddler’s Commission was formed by a group of the original paddlers in the research study. The women decided that a governing board was needed for guidance and leadership as breast cancer survivor teams were beginning to develop. Ten years after the development of Abreast in a Boat, they started having participatory regattas and have had 4 others since that time with the last in Italy in 2018 and the next in New Zealand in 2022. Dr. McKenzie shared that the regattas were the stating of a message to the world, a global movement, that women have taken back control of their lives and that they valued exercise, the camaraderie, and love that comes with a regatta like that.

Dr. McKenzie never imagined the impact that this research would have on breast cancer survivors and the dragon boat community. His intention was only to debunk the myth and dragon boating was chosen based only on his experience in canoeing. The research did was it was intended to do and at the end of the 6 months, he had the answer he was looking for. But he aware the positive impact on the physical well being and mental health of the women that participated. Currently there are over 300 dragon boat teams worldwide, not all of them are registered with the IBCPC.

Dr. McKenzie share that the criteria for becoming a breast cancer dragon boat paddler is only one thing and that is breast cancer. He reminds us that we have to make a place in that boat for the people who really need it. Participation cannot be based on physical fitness or age; there is always a seat for everyone. If it is taken too far on the competitive side, individuals feel they are not fit enough or too old and we start to lose why it was started in the first place. There always has to be a place in the boat for the woman that is older or weaker.

The most integral part of dragon boating is women’s health and the support given to each other. In Vancouver, they have a boat called The Boat to Nowhere. The team only participates in the training and physical activity of dragon boating. They do not race. Dr. McKenzie reminds us that we have to have the complete program for everyone.