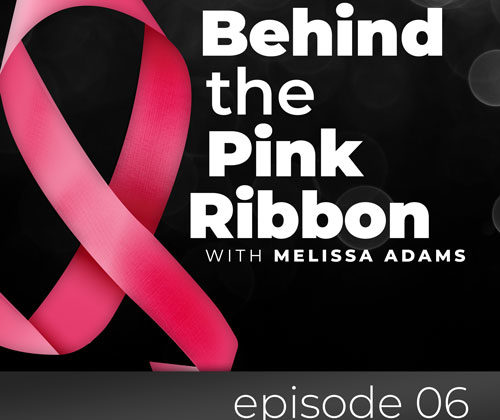 Donna Blau, 27-year and2-timee breast cancer survivor, stopped by the studio today to share her breast cancer story. She was initially diagnosed with DCIS in 1992 at the age of 40 years old. Donna underwent a single mastectomy with immediate reconstruction. At that time, no other therapies were recommended and she was not tested for a possible genetic mutation. Seventeen years later, Donna was diagnosed with mucinous carcinoma in the same breast. She underwent explant surgery and had an abdominal-flap surgery to reconstruct the left breast followed by 6 weeks of radiation. Following radiation, Donna underwent another reconstructive surgery that included nipple reconstruction without her consent. This surgery resulted in significant complications. Donna shares her traumatic experience of having dying tissue on her breast. Donna also talks about finding out that she had a genetic mutation, passing the mutation onto her oldest daughter, and how her daughter’s decision has inspired Donna to have her right breast removed. Thanks Donna!

Donna was diagnosed with ductal carcinoma in situ at the age of 40 years old. At that time, she had two young children, ages 3 and 5 years. Donna had noticed that her breast was warm to the touch and more full than normal. She saw a nurse practitioner who recommended that she have a mammogram. Following the mammogram, her doctor requested that she be seen in the office for additional testing and noted secretions coming from her nipple. At that time, they determined that Donna had DCIS throughout her entire left breast.

Donna was referred to a breast surgeon who had suggested complete removal of the breast, but also offered additional options such as chemotherapy. Her doctor had given Donna the choice in deciding how she wanted to treat the cancer and Donna opted for a single mastectomy. A bilateral mastectomy was not offered at that time. Donna underwent the mastectomy with immediate reconstruction with placement of a tissue expander and saline implants to follow. She did not undergo radiation or chemotherapy at that time, as neither were recommended. At that time, there was no concern related to a possible genetic mutation and testing for genetic mutations was not approached at that time.

During her recovery from her mastectomy, Donna’s children went to stay with family in Texas. She feels that it was better for them and for her. She recalls her youngest daughter being scared following her initial surgery. The anesthesiologists had scraped her vocal cords when putting the tube in her throat so when she came out of surgery, she sounded different and that scared her daughter. She remembers telling her children that her boobie was sick and that she was getting it fixed.

Donna and her family had moved from Santa Fe, NM to the east coast. She continued to be seen for follow-up exams of her natural breast and the reconstructed breast. She noticed that her implant was moving up her chest. During a visit with her gynecologist, 17 years after her initial diagnosis, a lump was discovered under the implant on the chest wall. Donna was referred to a team of doctors in New York City. The team was an all female team with the exception of the plastic surgeon. Diagnostic testing revealed mucinous carcinoma in her left breast. It was non-invasive and slow growing.

Donna was not concerned with having cancer again. She thought that after doing the single mastectomy, she would be fine and there would be no reason for concern of recurrence. Donna opted for reconstruction again, but selected to use the fat from her tummy area. She described this reconstructive option as being worse than the breast cancer itself. Her abdomen was cut from hip bone to hip bone. She indicated that the end result of the reconstruction looked good but that she had a small divot that the plastic surgeon said could be fixed. Donna underwent 6 weeks of radiation therapy.

Donna returned for a follow-up with the plastic surgeon. She shared that he was talking to himself and indicating that he was unsure of how this could happen. He told Donna that she did not have to pay for anything. Things continued to get worse. Donna went to California for Christmas and noticed that the tissue was beginning to separate. She was sending pictures of her nipple to the plastic surgeon, who told her that she would have to wait until after the holidays to be seen. She was seen in his office on a Sunday after the new year. He told her that the nipple would get better but it continued to get worse. It is deteriorating. The plastic surgeon never told Donna was he was going to do to fix it.

Donna went for weekly visits to the plastic surgeon. In addition to the nipple deteriorating, Donna had developed an infection. During an office visit, the plastic surgeon indicated that he would need to remove the implant, which was completed in his office that day. Donna believes he may have used a local anesthetic. He made an incision in her breast and when he pulled out the implant, it made a loud popping sound. Donna was seen once a week for 7 months to remove the dying tissue.

Donna’s breast surgeon recommended that she see a wound specialist, who also happened to specialize in breast reconstruction. The specialist recommended rebuilding the breast using her latissimus muscle, as well as muscle from her inner thighs or her glutes. Donna was done. She wanted no more.

Donna stopped seeing her previous plastic surgeon. He never indicated what happened. She asked for her medical records and found that the doctor never made mention of the dying tissue. He never took any pictures and only noted that things looked good. Donna spoke to a friend who was a medical malpractice lawyer and he recommended that she pursue a case against the plastic surgeon. Donna wanted to have this on the plastic surgeon’s record so that he could not do this to anyone else. She was angry that he could forget that she had undergone radiation and that he was the author of many articles about not completing surgery on tissue that has been irratiated. She returned to NYC for the deposition, which was hard. She described the emotional struggle of having to go through this again and did not feel that she could handle testifying. She settled with the doctor but this is now on his permanent record. He was the only doctor that had the rights to perform that kind of surgery in the hospital where she was being treated. She really thought everything would work out.

Donna wears a prosthesis, which has served her fine but it does get very hot. The wound specialist that she saw in NYC described her reconstructive site as a “gross disfigurement”. She indicated that she basically has a hole in her chest. Not having reconstructive surgery again was her own personal choice.

After moving to Arizona, Donna had genetic testing completed and was found to be a carrier of the chek2 mutation, which is part of the BRCA2 gene. Both of her tested have also been tested for the mutation and her oldest daughter is a carrier. Both of her daughters have regular mammograms and MRIs. A lump was found on her oldest daughter’s MRI, which ended up being benign, but scary nonetheless. Her oldest daughter is recommended to undergo a bilateral mastectomy with reconstruction by the time she turns 35 years old. She is currently 33 years old. Her daughter’s decision to remove both breasts has inspired Donna to remove her right breast.