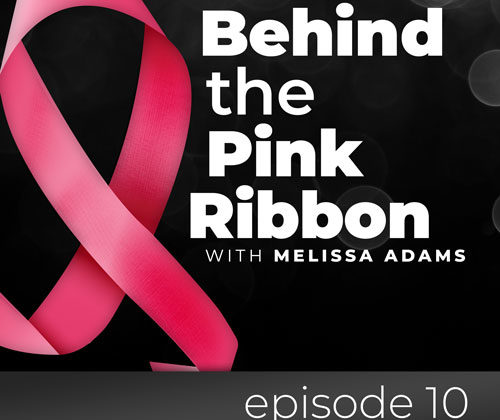 Diana Napper :
A Glimmer of Hope

Diana Napper from Pittsburgh, PA joined us today to talk about the foundation she founded in honor of her friend, A Glimmer of Hope: Symbol of the Cure. Diana shared that her friend was diagnosed with breast cancer at the age of 49 and passed away 11 months later. Her friend asked Diana to open up a hospice in her name but Diana does not have hospice in her vocabulary for young women with breast cancer. Instead, she created integrated oncology centers at the local hospitals called Home for Hopes, which is dedicated to her friend. A Glimmer of Hope has developed a pilot program for the integrated oncology centers. What she thought would be a group of 10 women under the age of 40 years old is currently a group of 48 women with the youngest being 19 years of age. The women receive services such as acupuncture, massage therapy, and nutritional counseling. Data has shown the positive benefits the women have experienced through participation in the pilot. A Glimmer of Hope has also updated medical equipment and has purchased new machines to assess young women with dense breasts that can show much more than traditional mammography. Diana shared that A Glimmer of Hope is now in the second year of supporting a research study to evaluate the effectiveness of circulating biopsy. The city of Pittsburgh as a whole has been supportive. Diana has made connections with many of the leading doctors in Pittsburgh, as well as many of the organizations such as the Pittsburgh Pirates, to support the mission of A Glimmer of Hope. We appreciate having you as a guest, Diana!

"The number one component that every hospital should look at is the individuals rather than the masses."

Diana Napper began A Glimmer of Hope: A Symbol of the Cure in 1997/1998. Initially, she had a partnership with a local Pittsburgh hospital but in 1999 had to take the organization back. A friend, who was a lawyer, helped Diana to secure her own 501c3 for the organization. The inspiration for the organization was a friend and mentor of Diana’s. She had moved from Pittsburgh to the New York/New Jersey area. She met a woman who became her mentor. Diana moved back to the Pittsburgh area. Her friend called her and told Diana that she had breast cancer. Not knowing anything about breast cancer, Diana was certain that her friend would survivor but she passed away 11 months later at the age of 50 years old.

Diana and her friend made jewelry pieces that symbolized hope and the funds from the jewelry went to research programs. Diana saw her friend four weeks prior to her passing and her friend told Diana that she was going to do something really big. Her friend asked Diana to open a hospice center in her friend’s name. However, hospice is not in Diana’s vocabulary for young women with breast cancer but rather wanted to find a way to help young women with breast cancer live. Diana’s friend needed support when she was diagnosed and Diana believes that the programs she has created is more of what her friend was asking for. Diana created Home for Hopes, integrated oncology centers, in honor of her friend. At these centers, young women under the age of 40 receive services that help them to live with cancer.

She began the first program within the Allegheny Health Network and started a pilot program. Services provided include acupuncture, massage therapy, nutritional counseling, and in some instances, childcare. Diana initially thought the pilot program would be about 10 women but currently, there are 48 young women involved in the program. The youngest woman is 19 years of age. A Glimmer of Hope has centers at all of the Pittsburgh hospitals and is about to open the third center with Allegheny Health Network.

Diana believes that breast cancer in young women is a whole different disease that attacks more aggressively. Young women need to be at places such as soccer games with their children or school. The anxiety and stress for young women are unbelievably high and the foundation now has data to show that the services provided through the Home for Hopes is beneficial. In addition, women are grateful for the support and services they receive.

As part of the program, the women receive nutritional counseling services. They learn about foods that are healthier. They are encouraged to walk for exercise. Diana points out that before diagnosis, individuals are told to eat well, sleep well, and to exercise. When we become sick, it should not be any different and in fact, should be amplified. What might be good for one person, may not be good for the next person. By putting young women into the pilot programs, they are being looked at as individuals. Diana believes that the number one component should be treating individuals and not the masses.

In addition, A Glimmer of Hope provides medical equipment to Pittsburgh-based medical facilities. The foundation brought the very first tomosynthesis machine into the United States and donated it to a local medical facility. A radiologist told her how important this imaging machine was for young women with dense breasts. The foundation has also purchased an ABUS machine, a future screening tool, for another local medical facility. While MRI is the best tool for diagnosing breast cancer, many insurance companies will not pay for it. At this time, A Glimmer of Hope has provided funding to the University of Pittsburgh Medical Center to update all of their equipment and had donated 3 machines to the Allegheny Health Network.

A Glimmer of Hope also supports research studies. The foundation is currently in its second year of funding research to explore the efficacy of circulating biopsy. Young women may experience a recurrence in their chest cavity and cannot have a biopsy. It can sometimes use the circulating biopsy to figure out what type of cancer it is. At this time, results have only been shared with the doctors but Diana hopes that this year, results can be released to the patients.

Pittsburgh has been a great location for the foundation because it is small enough to have good communication and relationships with the doctors but big enough to have some of the best medical services in the world. She feels that the foundation would not be as successful had she remained in New York/New Jersey.

When a woman is diagnosed in the system and under the age of 40 years old, doctors automatically recommend the patient to the program. Each woman is brought into the Home for Hopes and pilot program through a streamlined process. Diana is heavily involved with many of the women in the program because there are not many resources for young women. She has taken some of them to doctor’s appointments when necessary. She feels that the organization does an adequate job but would really like to see this across the US.

Diana has developed relationships with many organizations in Pittsburgh to include the Pittsburgh Pirates. The Pirates host an event called Pitch for Hope. Clint Hurdle, Manager of the Pittsburgh Pirates, does an on-field clinic. His mother was a young breast cancer survivor and lived a long life. Mr. Hurdle wants women to experience hope. This is an event for breast cancer survivors but is also a fundraiser with funding going to the Home of Hopes.

There are many ways to support the foundation. They are always searching for advocates and local volunteers. Individuals can sign up on the website at www.symbolofthecure.com or call 800-454-6746. Monetary donations are accepted via the website and jewelry is available for purchase as well. A Glimmer of Hope participates in well over 100 events each year, which can be found on the website or the foundations Facebook page.