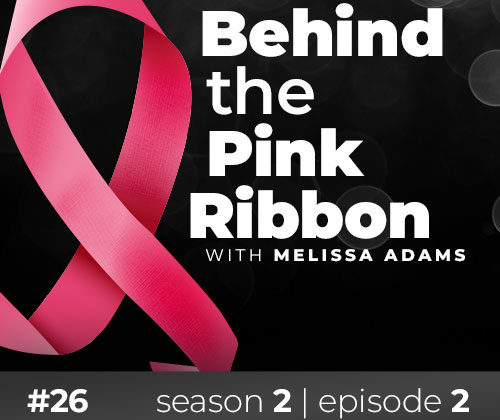 Deb Germundson :
Growth in the Journey

On this episode, Deb Germundson joined us in the podcast studio. Deb was diagnosed with HER2+, invasive ductal carcinoma at the age of 41 years old. She underwent a bilateral mastectomy with delayed reconstruction. Deb had chemotherapy and radiation. She underwent 7 surgeries related to the effects of radiation on her skin and the impact on reconstruction. Deb openly talks about losing her husband to cancer and struggling to date because of her self-image.

On this episode, Deb Germundson joined us in the podcast studio to share her breast cancer story. Deb was diagnosed at the age of 41 in March 2006 with HER+, invasive ductal carcinoma. She had scratched a specific area of her breast and felt a hard, pea-size lump.

She followed up with her gynecologist, who recommended a mammogram and an ultrasound. During the ultrasound, the doctor told her that she would need to be sent for a biopsy. Deb asked point blank what they would be looking for during the biopsy and was told cancer. She was alone at that appointment and it didn’t process until she was in the changing room. As she was leaving, she tried to hide her face so that other women in the waiting room would not be see her tears and be scared.

Deb recalls that she had a baseline mammogram at the age of 35 years old. The doctor took 45 minutes to read the films and even though there was something suspicious, it was speculated to be a calcification and Deb was told to return for a mammogram when she turned 40. When Deb looked at the films again, the area where they found the suspected calcification was the same area where she found her lump.

Deb had a needle core biopsy. Deb recalls the feeling that she knew that the lump was cancer. Something in her heart told her. She thought she had done everything right in her life- was active and a non-smoker and she did not have any family history of cancer. Had she known better, she would have advocated for herself after her first mammogram to have an ultrasound.

Despite no family history of cancer, Deb had genetic testing completed for the BRCA mutations and was found to be negative.

During the surgery, it was determined that there was something cancerous on her right breast. The surgeon also found a lymph node on her chest wall that was tested and found to be positive, which put her into a different staging and also meant that she would undergo radiation. Due to scheduling conflicts, Deb was unable to have the bilateral mastectomy and breast reconstruction done at the same time. Though she was having delayed reconstruction, the surgeon had not spared any of the tissue or skin to create a pocket for the implants.

Deb had chemotherapy followed by radiation. The radiation caused her to burn significantly and created significant pain when wearing her prostheses. Reconstruction with implants followed radiation and Deb describes that as being extremely painful due to the burnt skin. She had tissue expanders put in followed by the fills and then implants. She has undergone 7 different surgeries due to the integrity of the skin. She had a taut muscle under her implant that was causing issues.

Eventually, Deb had the latissimus flap procedure done to recreate her breast mound on the left side where she had received the radiation. She wishes she had known more about the impacts of this surgery before opting to have it. She continues to deal with the impacts on a daily basis. The strength on her left side is compromised. She is currently considering explanting because of the pain and surgeries.

The scarring from the surgeries has impacted Deb’s self-image and self-love. She considers her left side to be her Frankenstein side. Deb’s husband passed away from cancer in 2011 and she has struggled with the idea of dating since that time. Her husband loved her no matter what but telling a new person about the cancer and exposing her scars is hard. She is growing in her own journey to love herself again but is still very insecure with how she looks.

Deb’s best advice for anyone that is newly diagnosed is to ask questions, get a second opinion if you are not 100% confident, and be your own best advocate.