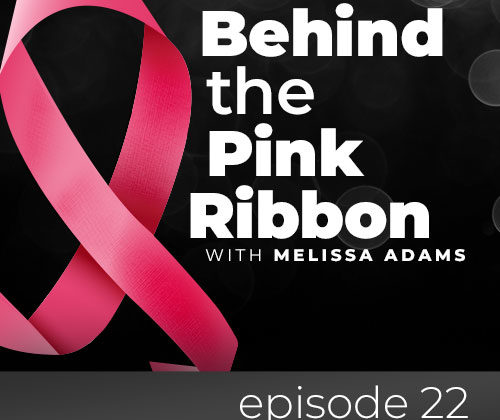 On this week’s episode, Dani Grass, a 2-time cancer survivor, shared her journey through cancer- not once but twice. She was diagnosed in 2005 at the age of 21 years with colon cancer. Just over 10 years later, she was diagnosed with breast cancer in 2016 at the age of 31. Dani shared her journey through both cancers, the struggles of dealing with cancer at a young age, and her husband who has stood by her side through both cancer diagnoses.

In 2005, while attending college, Dani was diagnosed with stage 4 colon cancer. The diagnosis came in December shortly after the semester finished. Dani shared that one of the hardest things was going back to college and packing up all of her belongings for the spring semester; however, she continued to attend school despite dealing with cancer. As a family, they decided the best course of action was to keep things as normal as possible for Dani. Her father drove her back and forth from school so that she could undergo chemotherapy and attend classes. She continued to do all the typical things that 21 year olds do- going out on the weekends, dancing, and drinking. While her oncologist did not approve of her drinking, Dani stuck to the recommended number of drinks. As part of her colon cancer treatment, Dani also underwent a 6 hour colon resection surgery. Her treatments were completed in September 2006.

Fast forward 10 years to 2016. Dani had been out bowling and had been throwing the ball too hard leaving her arm sore. She was rubbing her arm up toward her armpit to help with the soreness and felt a lump. She immediately called her gynecologist and indicated that she was concerned. Given her previous history, her gynecologist was concerned too and got her in for an exam right away.

Initially, her gynecologist thought that the lump was a fluid-filled cyst and tried to aspirate it in his office. He thought he would be able to drain it and get rid of the lump. Dani recalls the pain associated with the attempted aspiration. When the doctor realized that it could not be drained, he sent her for additional diagnostic testing.

Dani underwent an ultrasound guided needle biopsy of the lump and also her two of her lymph nodes, which were found to be enlarged. The radiologist that completed the biopsy told Dani and her mother that it did not look good; it looked suspicious for cancer. Her husband had been there earlier in the day and after hearing from the radiologist, Dani’s mother called Dani’s husband to come back so that they could be together. Within a few hours, Dani received the phone call confirming that she had invasive ductal breast cancer.

Dani was blindsided. She had just been to see her colon oncologist the previous November and at that point was already a full 10 years post colon cancer. She consistently had clean scans and was declared cancer-free. Six months later she was sitting in a different oncologist’s office and being told that she now had breast cancer.

Dani shared that she had a great team of doctors at the University of Pittsburgh Medical Center- Magee. An oncology surgeon had created a cancer clinic within the hospital. She met with her full team of doctors and specialists for 8 hours and did everything all at once. Dani took three of her family members with her to this appointment and recommends that anyone diagnosed with cancer always have a pen and paper and extra sets of ears.

Dani underwent genetic testing and was found to have the BRCA1 mutation. It is highly suspected that the mutation came from the paternal side of her family even though her father has not been formally tested. Her paternal aunt, two cousins, and Dani’s sister all have the genetic mutation. As a result of the genetic mutation, Dani opted for a double mastectomy and reconstruction. She couldn’t imagine having to deal with cancer another time and wanted to do all that she could to prevent another diagnosis. The BRCA1 mutation puts her at higher risk of developing cancer again.

While a full hysterectomy and oophorectomy are recommended before Dani turns 40 years old, she has not completed that surgery as of yet. Prior to chemotherapy, she had her eggs frozen and would like to use them. At this time, she does not have any children but would like to.

Dani’s husband is her rock. They have been married for 8 years but have been together for 15 years. He was with her through her first cancer diagnosis and stood by her side through her second diagnosis of cancer; she knew that she shouldn’t expect anything less than for him to support her the second time.

In addition to her family and her husband, Dani found support through the dragon boat team, Pink Steel. She described them as a group of amazing women who are strong- physically, emotionally, and mentally. She couldn’t think of a better group to be apart of after breast cancer. She shared that even though you are not longer seeing your doctors as much after treatment, there is still a need for support years into the future.

Dani shared that as a survivor, you have to be yourself around those that have been through the same thing because it is the only way that we can be a community. It is okay to cry, to be mad, sad, and also happy, and all of the emotions in between.