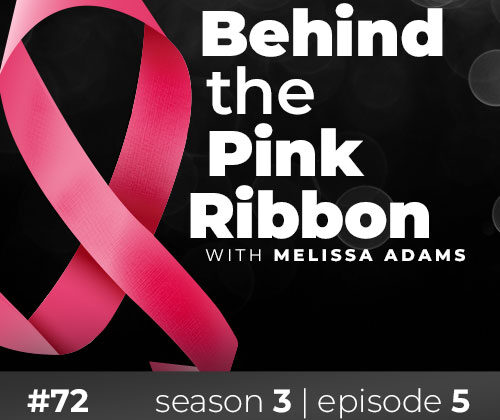 My guest on this episode is Chris-Tia Donaldson, the Founder and CEO of Thank God It’s Natural, which manufactures natural skin and hair care products. She is also the founder of the tgin foundation supporting underinsured women going through breast cancer. Chris-Tia was diagnosed with breast cancer in 2015 at the age of 36. She had a recurrence of breast cancer two years later. She shares her journey behind the pink ribbon and the lessons she has learned throughout her that journey.

Chris-Tia Donaldson, Founder and CEO of Thank God It’s Natural, was diagnosed with stage 2 breast cancer at the age of 36 in 2015. She found a lump in her breast while in the shower but did not think anything of it; she thought it was probably just hormonal. The lump would come and go, and while it was not growing rapidly, it was always there. Three months later, Chris-Tia mentioned it to a friend who suggested that she at least have it checked out by her gynecologist. Chris-Tia could not get scheduled for an appointment for three weeks but her friend suggested she call back to tell them what was going on and Chris-Tia was seen immediately.

The gynecologist did not think it was anything of concern. The lump was soft and movable. Three weeks later, Chris-Tia underwent a mammogram. She thought she would be in and out of that appointment but quickly realized from the look on the technician’s face that there was something of concern. The doctor requested that Chris-Tia return the following day for a biopsy. She was told that an architectural distortion could be seen on the mammogram, which was suspicious; it could be something but it could also be nothing.

Chris-Tia received the phone call two days later confirming a diagnosis of breast cancer. She shared that it was the longest 48 hours of my life. She struggled to focus on anything. The doctor told her she was really sorry. None of what the doctor said after that makes any sense.

For Chris-Tia, a diagnosis of breast cancer was unexpected. There was no known family history of breast cancer. Her mother had passed away from Non-Hodgkins Lymphoma. Chris-Tia shared that sometimes in black families, things like cancer are swept under the rug, are not talked about, and family members may never know about it. The good thing is that people are talking more about it now. Chris-Tia shared that hearing the statistics related to mortality rates for black women diagnosed with breast cancer created much concern on how things would play out for her. After digging into the information, she learned that it is not driven by biological factors but more socio-economic factors.

Chris-Tia underwent a lumpectomy, chemotherapy, 33 rounds of radiation, and was placed on Tamoxifen. She thought that was going to be it; she would be finished with her treatments and could move on with her life. She had a recurrence two years later and was prescribed chemotherapy and immunotherapy. She thought she had made major life changes after her first diagnosis but her second diagnosis made her really dig deep. She got in touch with her emotions, switched up her diet, found a stronger connection with God and the Universe, and really turned her life around. Chris-Tia continues to be monitored every 3 months.

In 2013, Chris-Tia launched Thank God It’s Natural (tgin) hair care products for women with kinky, curly, or wavy hair. She has since expanded her hair care line to all hair types. Prior to her start-up, she was working full-time as an attorney. She did not realize how burnt out she was or how much stress she was under. Chris-Tia did not see the stress in her life, but it was the silent hum in the background. In March 2015, tgin launched in Target and 9 months later, she was diagnosed with cancer. Chris-Tia feels that there is a connection between the launch and her diagnosis. Her body was out of sync and there was not a peaceful environment inside her body.

Chris-Tia noted that cancer and a start-up don’t necessarily go together but she had a great team that stepped in to help her while undergoing treatments for her first diagnosis of breast cancer. Six months after her treatments, Chris-Tia left her job as an attorney and her business took off, launching in Walmart, Ulta, and other stores around the country. During her second diagnosis, she continued to work.

Chris-Tia has used success and her own breast cancer journey to help support other survivors by founding The tgin Foundation, which supports uninsured women going through treatment for breast cancer, highlight the impact of health disparities on survivor outcomes, and stress the importance of early detection for women under the age of 40.