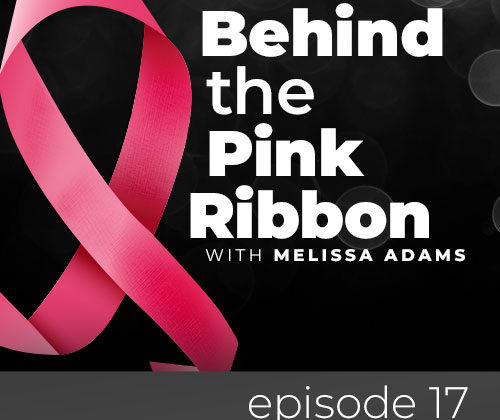 My paternal cousin, Candace, joined us on this episode today. She shared her story of being diagnosed with stage 1 breast cancer following a routine mammogram, undergoing a bilateral mastectomy and hysterectomy within 6 months of each other, and then having to be explanted 11 months after her mastectomy due to a negative reaction.

On this episode, my paternal cousin, Candace, joined us on the podcast. Candace went in for her regularly scheduled mammogram. When something suspicious was found, she had a 3D mammogram and a biopsy. During the biopsy, the doctor hit a vein and Candace bled for 30 minutes. The doctor had to stop the biopsy to allow the bleeding to stop and then extracted more tissues. A month after her initial mammogram, Candace got a phone call from her doctor that she had stage 1 breast cancer.

She had genetic testing completed given the extensive history of cancer on both the paternal and maternal sides of her family, but her results came back inconclusive. However, she felt that with the family history a bilateral mastectomy was a better option for her. Candace underwent immediate reconstruction following the mastectomy. Approximately 6 months later, she had a full hysterectomy. She struggles with hot flashes and cannot deal with the heat. She shared that she has numbness in her arm from the lymph node removal, which may last for years.

Candace currently struggles with depression related to her breast cancer diagnosis and is taking medication to help with this. She also joined a Facebook group for support. Through this group, she met another woman and they have created a friendship. Candace’s new friend visited her from New York. Candace shared that her daughters also provide her with support. They call her every day to check in and she visits with them at least twice per year. Candace’s recommendation for anyone newly diagnosed with cancer is to stay positive.

Candace shared that she had a negative reaction to the silicone implants. She underwent an explant 11 months after reconstruction. She first noticed what appeared to be a pimple on one of her breasts and then noticed one on the other side two weeks later. Over time, they got bigger until they developed into open sores and started to drain. She had clear fluid seeping from the sores but then it became infected. When she saw her plastic surgeon, she was told that he had never seen this before and refused to remove her implants. After seeking out another plastic surgeon, Candace was able to have her implants removed. Candace decided to go flat to avoid having to go through this experience again. She struggles with being flat but feels it was the better decision for her.