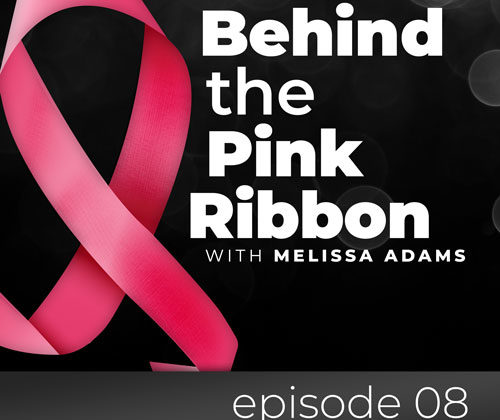 Amber Edens :
Finding Love in the Middle of Cancer

Amber Edens, a 4-year breast cancer survivor, stopped by the show today to share her breast cancer story. Amber was diagnosed with stage 3 breast cancer at the age of 33 years. Amber underwent chemotherapy, a bilateral mastectomy with immediate reconstruction, and radiation. Following radiation, the doctors discovered Amber’s cancer had metastasized to her bones and she underwent radiation to treat the breast cancer in her bones. She also underwent a hysterectomy and oophorectomy due to having estrogen/progesterone positive cancer. Amber talks about finding her lump, going through treatments, developing a new relationship in the middle of cancer treatments, and her feelings regarding her stage 4 diagnosis. Amber shared how her friends and family supported her and the most valuable lessons she had learned through cancer. Thanks for stopping by, Amber!

"...it's too sad to think that tomorrow might be my last day."

Amber was diagnosed in 2015 at the age of 33 years with Stage 3 breast cancer. Amber was dating someone at the time and that person commented that one of Amber’s breasts felt very hard in comparison to the other. Amber was not actively conducting self-exams but did agree that something seemed different. Within the week, Amber had gone to see her doctor and had a mammogram, ultrasound, biopsy and by the end of the week, had been diagnosed with breast cancer. Amber’s tumor was 10×7 cm and had impacted her lymph nodes. Amber was tested twice for genetic mutations but came out negative. She does have a grandmother that had some type of breast cancer, as well as lung cancer.

The relationship with the person that found it had fizzled out. Amber feels that the woman she was dating was not able to handle everything that Amber was going through. Amber describes her diagnosis as surreal. She felt like she was simply going through the motions. She was doing what her doctors told her to do related to the cancer and was going to work.

Amber did whatever her team of doctors told her to do. She underwent chemotherapy with 3 drugs, every other week for 6 months in order to try to shrink the tumor. The chemotherapy had “Swiss-cheesed” the tumor rather than shrink it. Following chemotherapy, Amber underwent a bilateral mastectomy with immediate reconstruction to include silicone implants. She also had radiation to her impacted breast and lymph nodes.

Shortly after her radiation, Amber had a scan and the doctors discovered that the cancer had metastasized to her bones. She had a small lesion in her bone and because it was breast cancer that had spread to that area, it was still considered breast cancer and not bone cancer. She went through radiation again for 5 weeks to address the breast cancer in her bone.

During her cancer treatments, Amber met someone online and they began dating. Amber was hesitant with dating as she was unsure of trying to balance focusing on a relationship as well as focusing on herself and her health at the same time. However, Amber shares that this person came into her life at the perfect time and was exactly what she needed at that moment in her life. This woman began researching and exploring different options for Amber. She helped Amber look at the different options for reconstruction and what would be best in the long term. When the cancer had metastasized, Amber’s new partner had suggested that she see someone that specializes in cases that are more specific to Amber’s own case.

Initially after surgery, Amber started on Anastrozole due to being estrogen/progesterone positive. Amber was also receiving a shot in her belly to put her into menopause, which she did not like. She opted for a hysterectomy due to being estrogen/progesterone positive and asked for everything to be removed. The surgery was complete through laparoscopically. Her recovery time was projected to be 4-5 weeks but Amber was up and running after just one week. Following that surgery was placed on Tamoxifen and then Anastrozole.

Amber shared that she had an amazing support system around her with her family, friends, and her new partner. Her family did everything and anything that she needed. Her friends organized a soccer tournament to raise funds for Amber. Her dating partner, who is now her wife, took care of her. They moved in with one another before Amber’s surgery and she took care of Amber throughout her recovery. Her wife researched information, doctors, foods that Amber should be eating, etc. Amber and her wife attempted to go to a support group together but her wife was unable to emotionally handle it because everyone was telling sad stories. Amber found that dragon boating was a better space for her to get support.

Amber indicated that she is not a “woe is me” kind of person. Cancer lives with her but she is still living her life. She knows that the cancer is Stage 4 and is not curable but she is 2 years out. She does not like the word terminal and while she technically has terminal cancer, she does not look at it that way. She feels that having a healthy mindset is important.

Amber was working as a night-shift respiratory therapist at the time of her diagnosis and treatments. The people at work were very accommodating. Working the night-shift was very hard for her. She worked three 12-hour shifts and then had to go during the day to chemotherapy, to see her doctors, or to her radiation appointments. It was exhausting. She no longer works the night-shift, which has been a healthier change for her.

The most valuable lesson Amber learned through her cancer journey was who in her life she could really depend on friendship wise. She knew who could support her in different ways, and many times without even having to ask. It was nice to know which of her friends are her real friends, the ones that showed up then and continue to do so now.

Amber’s biggest regret was not taking time at the beginning to take everything in; she was just doing what the doctors told her to do. She did not know her options and did not know that resources existed to help breast cancer survivors. She did not freeze her eggs because she did not know it was an option. She would recommend that anyone newly diagnosed with cancer take a step back to take it all in, explore the options, and do what is needed for you.